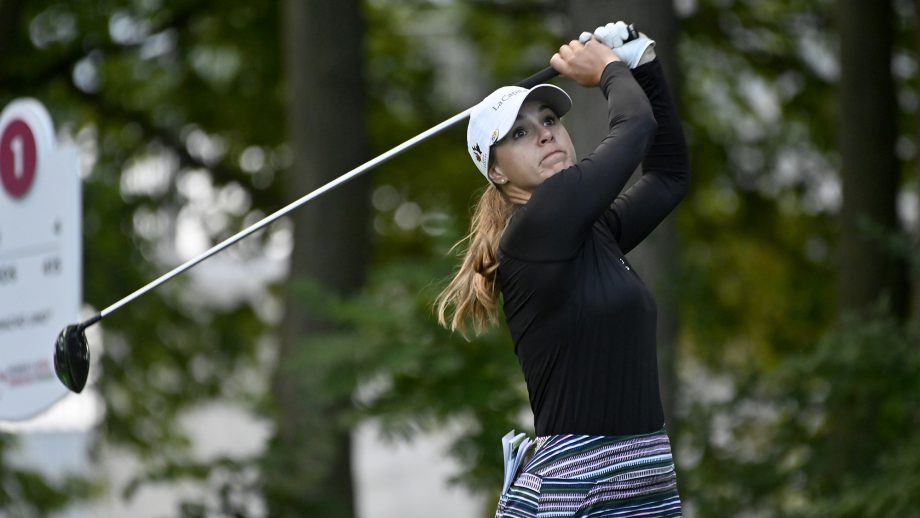 AURORA, Ont. – The CP Women’s Open is more like a family reunion than an LPGA Tour event for Anne-Catherine Tanguay.

Tanguay, Brooke Henderson, Alena Sharp, Brittany Marchand and Jaclyn Lee have forged a tight bond on the LPGA Tour this season, and that circle will expand to a total of 15 Canadians at the national championship this week. Tanguay spoke on Wednesday about the sense of community Canada’s elite female golfers have developed across the sport’s amateur and pro ranks.

“It’s huge. We’re really, rea–lly tight,” Tanguay said. “I mean, to have five Canadians full time on the LPGA this year, it was big. We play our practice rounds together. We go out to dinner. We really try to support each other in every way we can.”

That community spirit has centred around Lee after she had to pull out of the CP Women’s Open with an injured wrist before the final field was announced. The Calgary native is in attendance at Magna Golf Club in Aurora, Ont., to cheer on her friends.

“I just had a conversation with her about that injury,” said Tanguay. “We’re trying to support her and be there for her.”

Other Canadians in the field include Maude-Aimee Leblanc, Megan Osland, Maddie Szeryk and Valerie Tanguay from the Symetra Tour, former LPGA golfer Lorie Kane and Casey Ward, who earned a sponsor exemption after Monday qualifying and sometimes plays on the PGA of Canada.

“It’s very nice to see a lot of Canadians playing in the field this week,” said Sharp. “There are a lot of Canadians doing really well on the Symetra Tour. I know that they’re working hard to get out here, and I think golf in Canada is on the rise.”

Tanguay believes that Canada’s burgeoning women’s golf scene is due in part to a culture of mentorship with older golfers taking younger players under their wing.

“It’s just been really, really cool having some role models,” said Tanguay. “Like I try to be a role model for the younger girls, but I’ve been fortunate to have Alena that was there and Lorie Kane that came before me and did that for me.

“I’m happy to do it too for the younger girls.”

The other major factor is the success of Henderson, the 21-year-old phenom who won last year’s CP Women’s Open to end a 45-year Canadian title drought at the national championship. This year, she set a record for most wins by a Canadian professional golfer with her ninth career tour victory.

“There are a lot of young girls that aspire to be just like her,” said Tanguay. “So I think she’s also helping to grow Canadian golf and have like more young girls involved in the game.”

Henderson often cites Sharp as her mentor, although Sharp insists their mentor-protege relationship has morphed into a friendship.

“I’m not shy to ask her about advice on things about a shot or something,” said the 38-year-old Sharp. “It’s blossomed into a nice friendship. The four of us, (caddies) Sarah Bowman and Brittany Henderson as well.

“We all get along really well and have a good time together. So it’s nice to have that on tour.”