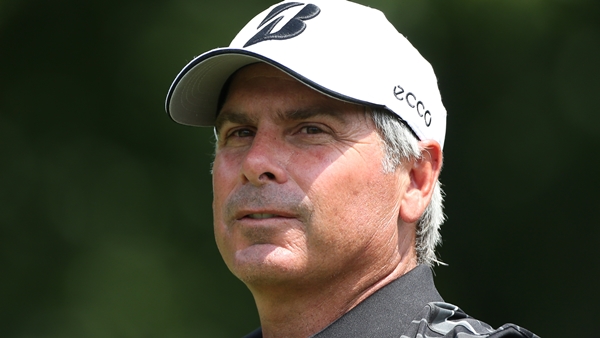 SNOQUALMIE, Wash. – It will remain a sore spot with Fred Couples until he’s finally able to add the accomplishment to his resume.

For all the tournament’s won during his career, Couples has still never won in the Seattle area, where he grew up.

Not that he’s had many chances. With Seattle lacking a regular PGA Tour stop the most marquee events that Couples has participated were the 1998 PGA Championship and 2010 U.S. Senior Open, along with being a regular participant in the Boeing Classic since joining the Champions Tour in 2010.

Couples is back at the TPC Snoqualmie Ridge this week trying to win that elusive hometown title in the 10th edition of the popular tournament.

“It’s really one of my favorite courses and not just because I’m from here, but it’s for a longer hitter,” Couples said. “It’s always in immaculate condition. The greens are perfect, the fairways are perfect. You get a good amount of people out there to watch.”

He’s come close to breaking through in his hometown in the past. Three times Couples has finished in the top three of events around Seattle. That included his runner-up finish to Bernhard Langer at the 2010 Senior Open played at nearby Sahalee Country Club. Last year Couples closed with a 66 on the final day of the Boeing Classic but was unable to catch John Riegger and finished third.

“For me personally, my first senior tour event was at Sahalee and I lost to Langer. It wasn’t the end of all ends, but I was trying to win hard and this is a tournament that I really would love to win,” Couples said. “I probably don’t have that many more chances, maybe another two or three years before I get too old to totally compete, but that is my goal.”

Although unlikely, Couples is hoping to give himself two chances to win in his home state in 2015. Couples said he plans on trying to qualify for the U.S. Open being played at Chambers Bay if he does not receive an exemption for the tournament.

Couples and Langer will be paired together for the first round on Friday. It will be just the second Champions Tour start for Couples since May, slowed by continued back problems. His only victory this season came at the Toshiba Classic in March.

Meanwhile, Langer is the clear leader in the Charles Schwab Cup points race. He’s won five times this season, including last week’s victory at the Dick’s Sporting Goods Open. He’s finished first, second and first in his last three starts and nearly caught Kenny Perry on the final day of the 3M Championship to make it three consecutive victories.

Also participating in the Boeing Classic for the first time will be Kevin Sutherland fresh off shooting the first 59 in Champions Tour history in last week’s tournament. Sutherland, who bogeyed the 18th or he could have posted a 58, will be paired with Paul Goydos and Chip Beck. Both Goydos and Beck shot 59s in their careers on the PGA Tour.