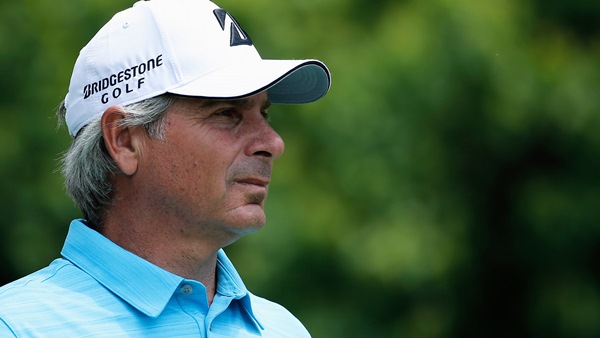 CALGARY—One of the game’s greatest names, Fred Couples, has confirmed he will be returning to Calgary to compete in the second annual Shaw Charity Classic at Canyon Meadows Golf and Country Club, August 27-31, 2014.

A World Golf Hall of Fame member, the 54-year-old Couples is one of the feature attractions on the Champions Tour that showcases an assembly of golf’s legends. A winner of 15 PGA Tour events, the smooth swinging Couples won his lone major championship at the 1992 Masters Tournament.

“Freddie definitely played a huge role in drawing thousands of golf fans out to our inaugural Tournament one year ago and we are thrilled to have him join us again this year in Calgary,” said Sean Van Kesteren, tournament director, Shaw Charity Classic. “The patron group, our title sponsor Shaw Communications, and the Canyon Meadows Golf and Country Club have made a commitment to build on the event’s successful foundation year to raise more money for children’s charities. Adding Freddie’s name to the list of high-profiled players making their first trip to Calgary like Bernhard Langer, Kenny Perry and Mark Calcavecchia definitely helps us achieve our goal!”

Couples has also racked up 10 Champions Tour victories since joining the senior circuit in 2010. After finishing second in his first start, he went on to win his next three events, becoming the first player ever to win three of his first four events. He also has two major championship victories on the Champions Tour: 2011 Senior Players Championship, and The Senior Open Championship in 2012.

“I really enjoyed playing up in Calgary last year, so I’m looking forward to getting back to the Shaw Charity Classic this summer,” said Couples. “This was one of the top events on Tour last year. The crowds were huge, the golf course was in great shape and we were able to raise some significant money for the wonderful youth charities in the area. I hope the community comes out to support the tournament this year and I know the players will put on another great show!”

Couples will be among 81 Champions Tour professionals that will play in Calgary including Steve Elkington, Fred Funk, David Frost, and defending champion Rocco Mediate.

Continuing this trend of bringing big names to Calgary for this year’s tournament, Shaw also announced today that rock icons Randy Bachman and Fred Turner will be joined by acclaimed Canadian band The Sheepdogs to celebrate the Shaw Charity Classic with a free concert at Shaw Millennium Park on Thursday, August 28.

Presented by Rdio, the country’s leading digital streaming music service, tickets to the all-ages concert will be will be made available for free beginning Thursday, July 17 at 10am MT by visiting shaw.ca/concert.

Tickets and corporate packages for the Shaw Charity Classic are available online at www.shawcharityclassic.com. Youth 17 and under are admitted free with a ticketed adult.he inaugural Shaw Charity Classic, which was recognized with an Outstanding Achievement Award for a first year event by the PGA Tour, and a Tourism Calgary White Hat Award for best event/festival/attraction in 2013, made a record-setting charitable donation of $2,276,251 for a Champions Tour event.  The legends of the game will play for a purse of $2.25 million, an increase of $250,000 from last year, when they return to Calgary’s Canyon Meadows Golf and Country Club August 27-31, 2014.