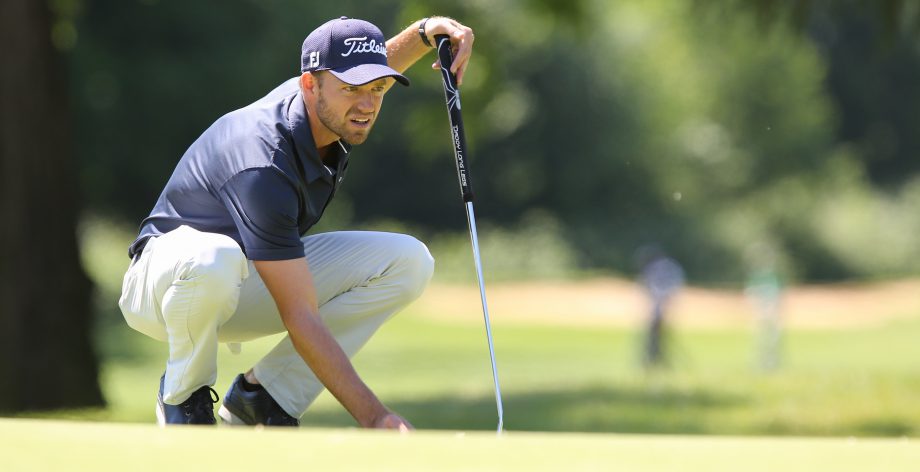 KELOWNA, B.C. – Laurens, South Carolina’s Caleb Sturgeon shot a 7 under 64 on Thursday at Gallagher’s Canyon Golf and Country Club to take the first round lead at the inaugural GolfBC Championship, the third event of the 2016 Mackenzie Tour – PGA TOUR Canada season.

“It was a good feeling,” said Sturgeon of the long birdie putt at the final hole. “I hadn’t made too many long putts today. Just to see that one go in to close out the day gave me some good momentum going into tomorrow.”

Sturgeon’s other notable highlight from the day came on the par-4 2nd hole, where he holed out from 121 yards. Beyond a few fireworks, however, the second-year pro said it was mostly consistency that led him to his solid opening round.

“I felt good over the golf ball. I just did everything solid. I did hole out, but other than that I felt like I had a good attitude, and kept it moving forward,” said Sturgeon.

Renfrew, a fifth-year Mackenzie Tour member, shot his first sub-70 round of the season to hold solo second place and credited a different approach than his first two events of the season (T50-CUT) for his round.

“I worked hard over the weekend and came into this week with a different attitude, trying to go get it instead of letting it come to me. I think I was just relaxed from the get-go, even though I started with a bogey on my second hole. I just stayed patient and had fun out there,” said Renfrew.

Guillaume, meanwhile, leveraged a stellar short game for his round 65, including a hole out for eagle from about 60 yards on the 18th (his ninth hole of the day) and a difficult up-and-down for birdie on the ninth.

“When you know that your short game can save you from bad situations, it takes a little bit of pressure off. Fortunately, I found a little swing though this morning that seems to have helped,” said Guillaume.

Knapp, who Monday qualified for the event, said he was appreciative of the opportunity to compete this week and took advantage with a solid opening round.

“I felt like this was all I really needed, to get through those Mondays,” said Knapp. “Those are really the hard part for me, and if I played well enough in those, I knew I had the game to play well in the actual tournament.”