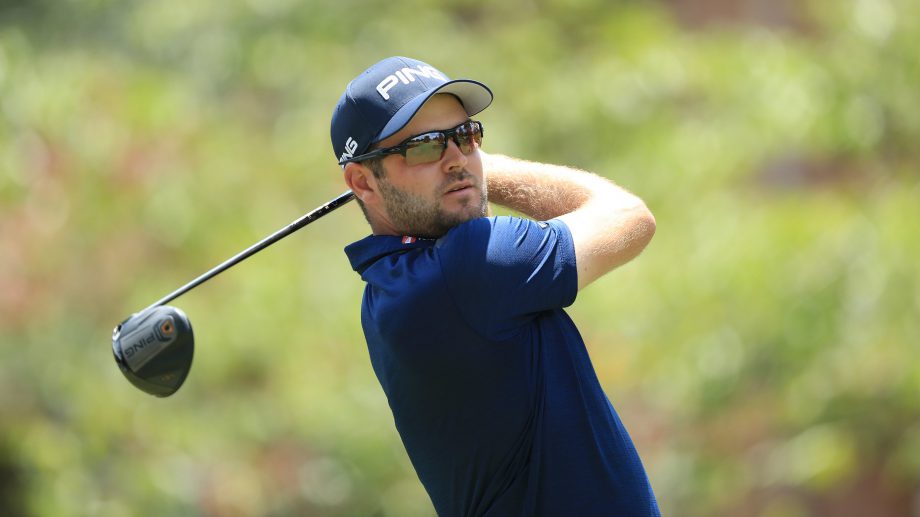 MEMPHIS, Tenn. – Matthew Fitzpatrick is playing at TPC Southwind for the first time in his young career, and the 24-year-old Englishman has found a course that fits him very, very well.

Fitzpatrick shot a 6-under 64 on Friday in the FedEx St. Jude Invitational to take a two-stroke lead into the weekend at the World Golf Championships event.

Corey Conners (Listowel, Ont.) is the lone Canadian in the field. He sits seven strokes back of Fitzpatrick at 2 under.

Fitzpatrick birdied the first four holes and finished with seven birdies and a bogey. He took the lead with his fifth birdie and added two more on the back nine to finish at 9-under 131.

“The golf course probably suits me more than most,” Fitzpatrick said. “If you miss a fairway, you don’t know how it’s going to come out of the rough so that makes it tougher. If I can just keep hitting fairways and greens, then give yourself a lot of chances. And … the greens are so pure. Hopefully, from there just keep doing what I’m doing really.”

This is the third time Fitzpatrick, who is still looking for his first tour win, has had the lead or shared the lead and second this year. He led after the third round at the Arnold Palmer Invitational and finished second.

Billy Horschel (66) had a chance to catch Fitzpatrick after a birdie on his 17th hole. The 2014 FedExCup champ hit his tee shot on the par-3 eighth to 4 feet only to pull his tee shot left on No. 9 and finish with a bogey. He was tied for second with Patrick Cantlay (68), Cameron Smith (68) and first-round leader Jon Rahm (71). Shugo Imahira (69) was another stroke back.

“I had a couple bad tee shots that cost me bogeys, but other than that, doing a lot of good things,” Horschel said. “Probably could have been lower if I had made a few more putts my first nine holes on the back side, get a little bit of momentum, but 4-under par on this course any day is really good.”

“This golf course you kind of knew everybody was going to be jam-packed,” Koepka said.

Fitzpatrick played a season at Northwestern and won the 2013 U.S. Amateur, becoming first English champ since Harold Hilton in 1911. He turned pro in 2014 and has won five times internationally.

He tied for 12th at the U.S. Open in June and tied for 20th last week at the British Open.

On Friday, Fitzpatrick started tied for 13th at 3 under. He hit 15 of 18 greens taking advantage of his strong iron play, and the difference this time was making his putts.

“It’s something I struggled to do this year,” Fitzpatrick said. “Previous years I’ve been playing great and end of last year and majority of this year I’ve struggled a little bit. I mean, it’s hard not to putt well on these greens, they’re unbelievable. I would say they’re probably the best we play on all year bar Augusta.”

He hit his approach on the par-4 first to 8 feet for birdie. He rolled in a 26-footer on No. 2, hit his third shot on the par-5 third to 8 feet and wrapped up his birdie binge on the par-3 fourth hitting his tee shot from 174 yards to 10 feet.

Fitzpatrick had a brief share of the lead at 7 under before failing to get up and down from a green-side bunker on the par-3 eighth for his lone bogey through 36 holes. He rebounded with birdie on No. 9 after hitting his second from 137 yards to 6 feet. With Rahm turning in his second straight bogey, Fitzpatrick took the lead to himself at 7 under.

Cantlay birdied No. 8 to share the lead with Fitzpatrick who hit his approach within 7 feet on No. 12 before rolling in the putt for his sixth birdie to take the lead back to himself at 8 under. He two-putted from 36 feet for birdie and a two-stroke lead at 9 under on the par-5 16th and parred out for the lead.

After a double bogey on No. 12, Cantlay birdied two of his final three holes to stay close to Fitzpatrick. He finished his round with a 40-footer for birdie.

Divots: Fitzpatrick’s 64 is his lowest score in 56 starts on the PGA Tour. … Dustin Johnson, a two-time winner of the FedEx St. Jude Classic on this course, birdied his final two holes and is at 2 under. … Johnson also hit the water off the left edge of the par-3 11th. TPC Southwind has had more balls in the water on the PGA Tour than any other course with 5,544 balls wet between 2003 and 2018.