Corey Conners falls back to T25 at Web.com Tour event in Colombia 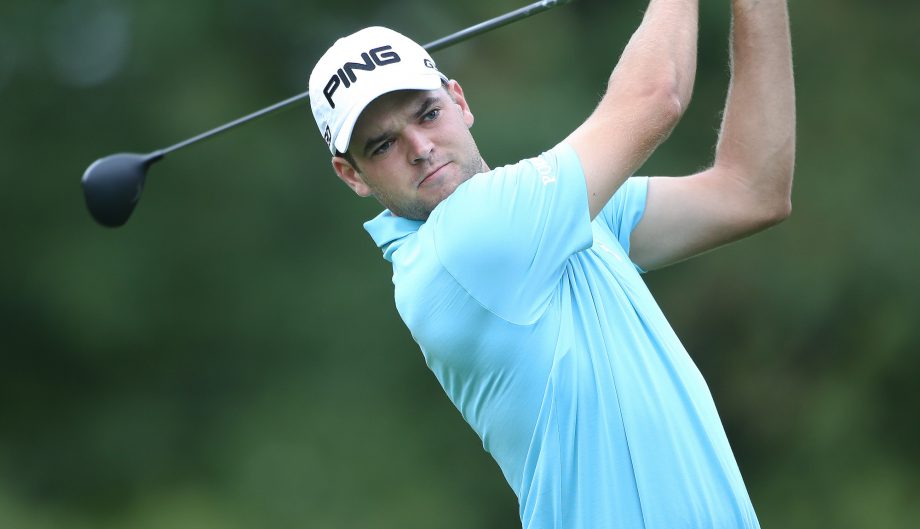 Corey Conners (Claus Andersen)
Royce Thompson / PGATour.com
BOGOTA, Colombia – Brandon Harkins and Andrew Landry share the 54-hole lead at the Club Colombia Championship by Servientrega. Harkins carded a bogey-free 5-under 66, while Landry posted a 3-under 68. The duo is tied at 11-under-par 202, one stroke in front of Mackenzie Tour – PGA TOUR Canada alum Aaron Wise, who carded a third-round 63 in his Web.com Tour debut.

Harkins and Landry have something in common, as the pair competed in last year’s U.S. Open at historic Oakmont Country Club. Landry held the first-round lead after an impressive 66, while Harkins’ highlight of the week came in the third round at the par-4 17th hole, where he tapped in for eagle after a near-ace with a driver from the tee.

That’s where the comparisons stop, as Landry has established himself on Tour more so than Harkins. The 29-year-old Texan won The Bahamas Great Abaco Classic at The Abaco Club a few weeks ago and is hoping to take a firm lead in the money race with a victory on Sunday.

“After that first win (of the year), I want to win more,” said Landry, who has won twice on Tour. “Hopefully I can get another win or two more and get out (to the PGA TOUR).”

Landry’s goals have changed since that magical week in the Bahamas. They say winning breeds confidence and Landry is certainly playing well now. Drawing on experiences like last year’s run to a tie for 15th at Oakmont, to this year’s victory in Abaco, Landry is poised for a breakout year on Tour.

“Starting the week you just want to be able to put yourself in a situation to be in the final group on the last day,” said Landry, who has won two out of three times he has held a share of the 54-hole lead. “Taking away from Abaco and the U.S. Open, I have a lot of learning experience there.”

Landry had an up and down afternoon in Bogota, recording one eagle, four birdies and three bogeys in his third round. Two of his mistakes saw his lead vanish. Standing on the tee at the 14th hole, Landry was 12-under, and alone at the top, but quickly gave two shots back. He needed a birdie on the 16th hole to regain a share of the lead.

“It was tough out there today,” said Landry. “The wind was up, pins were hard and the greens were fast. It was one of those days where I grinded it out. I didn’t putt my best and just missed a lot of short ones”

Landry has been successful when in contention on Sunday. The former University of Arkansas Razorback has conquered some of the toughest tests in golf and will have a chance to add Country Club de Bogota to that list Sunday afternoon.

“Whenever I’ve been in contention or in the lead I’ve been very patient,” said Landry. “This golf course is a big patience golf course. You have to be so precise on your iron shots because the greens are so firm.”

Harkins, who is playing in just his fifth Tour event, has been a professional golfer for seven years now and has taken plenty of lumps along the way. Competing alongside some of the best in the game in his first major championship experience has helped him get into the final group on Sunday in Bogota.

“I learned a ton at the U.S. Open this past year,” said Harkins, who has never led/co-led after 54 holes of a Tour event. “That was the most I’ve ever felt my nerves and I handled it pretty well.”

Harkins is holding his own through 54 holes. The Scottsdale resident has posted two straight flawless rounds around the treacherous John Van Kleek design and is the only player in the field to accomplish that feat this week.

“If you get a bad hop here, a bad hop there, you can be short-sided,” said Harkins. “So, I play to the middle of the green and just take my medicine when I’m in trouble.”

“It’s in the back of my mind but it doesn’t have anything to do with how I play,” said Harkins, who would become fully-exempt the rest of the season with a victory on Sunday. “I’ll just go out and do my best and see what happens.”

Canadian Corey Conners of Listowel, Ont. shot 1-over 72 Saturday and fell back into a share of 25th at 3-under while Thornhill, Ont. native Ben Silverman shot 4-over 75 for a share of 66th at 4-over.

* Brandon Harkins has now posted five straight rounds under par going back to The Bahamas Great Abaco Classic where he finished T31.

* Harkins is making his fifth Tour start this week and is trying to play his way up the reshuffle after finishing T53 at the Qualifying Tournament last December. He is currently the fifth alternate for next week’s Panama Claro Championship.

* Andrew Landry’s two wins on Tour have come outside the United States. He has recorded one victory in Colombia already. In 2015, he won the Servientrega Championship Presented by Efecty, contested at TPC Cartagena in Cartagena, Colombia.

* Landry missed the cut in his only other Club Colombia Championship appearance.

* Aaron Wise looks to become the first player to win on the Web.com Tour in their first start since Bryson DeChambeau, at the 2016 DAP Championship (9/11/16).

* Wise earned Web.com Tour status by finishing No. 4 on the Mackenzie Tour Order of Merit last season. In seven starts, he recorded five top-10s including one victory, at the Syncrude Oil Country Championship presented by AECON.

* In 2016, as an amateur, Wise captured victory at the Australian Master of the Amateurs in January, then the NCAA Men’s Individual title, also helping the Oregon Ducks to their first ever team championship by going 3-0 in match play. He became the first player since Kevin Chappell (UCLA) in 2008 to win both the Individual and Team NCAA Championships.

* Brice Garnett made the fourth hole-in-one in tournament history with an 8-iron on the par-3 fifth hole from 205 yards. Garnett made two eagles in his third round en route to a 6-under 65.

* Andrew Putnam’s sizzling 7-under 64 places him three back heading into the final round. Putnam won the wind-shortened WNB Classic in 2014.  In two starts this season, he has recorded a T8 (The Bahamas Great Exuma Classic) and a T11 (The Bahamas Great Abaco Classic).