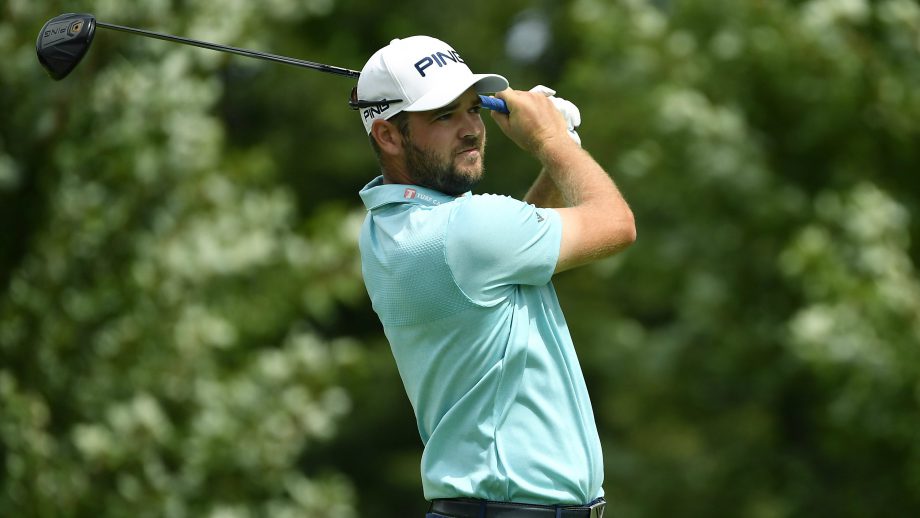 MEDINAH, Ill. – Justin Thomas had more stress than he wanted and answered with the shots he needed Sunday at Medinah to win the BMW Championship and claim the No. 1 seed going into the FedEx Cup finale.

Corey Conners (69) of Listowel, Ont., tied for seventh with Lucas Glover at 15 under overall. After starting the season with only a partial PGA Tour card, Conners has now earned a spot in all four majors next season, the World Golf Championships and, of course, a full tour card for 2020.

He was also well within the top 30 to advance to the Tour Championship.

Thomas watched a six-shot lead shrink to two in a span of three holes around the turn until he regained control with two great wedges, and two pivotal putts. One last birdie gave him a 4-under 68 and a three-shot victory over Patrick Cantlay, who gave him a battle to the end with a 65.

“I was really nervous today. It’s hard to play with a lead,” Thomas said. “You don’t know how often things like this will happen, and it feels great.”

The victory, the first for Thomas since the World Golf Championship at Firestone last year, gives him a two-shot lead starting the Tour Championship next week as the top 30 players in the FedEx Cup chase the $15 million prize.

The field will have a staggered start based on their position in the FedEx Cup, meaning Thomas starts at 10-under par.

The top 30 who advanced includes Lucas Glover, who went bogey-double bogey late in his round until finishing with a par to wrap up his first trip to East Lake in 10 years.

It will not include Masters champion Tiger Woods, the defending champion.

Woods was a long shot going into the final round to crack the top 30, and he closed with a 72. East Lake was his first victory in five years, capping his return from four back surgeries, a special moment replaced some six months later by his Masters victory.

“It’s disappointing,” Woods said. “Last year culminated in a pretty special moment for me and would have been nice to go back there.”

Hideki Matsuyama took the 36-hole lead with a 63 until falling back with a 73. He responded with another 63 to finish alone in third, making him one of three players who moved into the top 30 to reach East Lake. The other was Jason Kokrak, but only after J.T. Poston made bogey on his final hole.

The U.S. team for the Presidents Cup didn’t change, with Bryson DeChambeau holding down the final spot. Tony Finau would have needed to finish alone in third. He closed with a 69 to finish fourth, unable to keep up with Matsuyama.

Nothing changed for the International team either, as Jason Day failed to earn one of the eight automatic spots.

Both captains, Woods and Ernie Els, will have four picks on Nov. 5.

With so much at stake, the one certainty going into the final round would have seemed to be the winner. Thomas had a six-shot lead, and only seven players dating to 1928 had ever lost a lead that big on the PGA Tour.

Thomas didn’t hit a fairway until the fifth hole. He still had a six-shot lead when his chip from across the green on the par-5 seventh nearly went for eagle.

And then it turned quickly.

That’s when Thomas came to life with a wedge to 2 feet for birdie.

“The birdie on 11 was huge,” Thomas said. “That propelled me for the rest of the round.”

He followed with two key putts, and the most important might have been for par. He drove into the right rough and had to play some 65 yards short of the green, hitting wedge up to about 12 feet. Cantlay had a 15-foot birdie putt, and a two-shot swing would have cut the lead to one.

Cantlay missed. Thomas made his par putt, stepping forward with a fist pump.

On the par-3 13th, Cantlay rolled in a 15-foot birdie putt, only for Thomas to match him with a birdie from 12 feet to stay three ahead. Cantlay drove the green on the short par-4 15th, but missed his 15-foot eagle putt as Thomas got up-and-down from 45 yards for birdie.

Thomas finished at 25-under 263 – seven shots lower than what Woods shot at Medinah when he won the 2006 PGA Championship – and earned $1,665,000. Even more money is at stake next week, though this was a burden lifted. All he cared about was winning.