Corey Conners at 2 under, McIlroy and Koepka set for showdown in Memphis 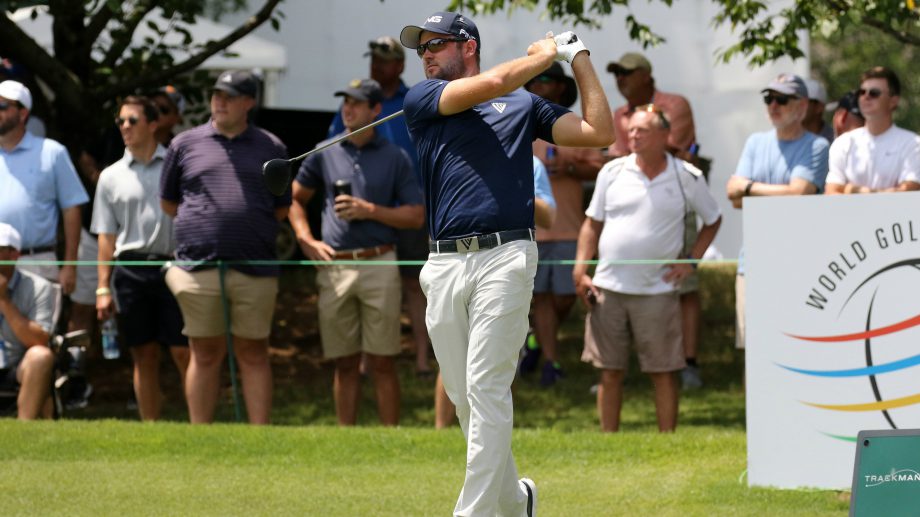 MEMPHIS, Tenn. – Nobody likes missing the cut by a stroke, and doing it in a major championship at home hurts even more.

Rory McIlroy is showing he can bounce back quickly.

McIlroy shot an 8-under 62 on Saturday in the FedEx St. Jude Invitational to take a one-stroke lead over Brooks Koepka at the World Golf Championships event.

McIlroy, who missed the cut by a stroke last week in the British Open on his home turf in Northern Ireland, had a nine-birdie, one-bogey round to move from a tie for 17th to the top of the leaderboard at TPC Southwind. The man who shattered the screen of a woman’s cellphone with his opening tee shot at Royal Portrush finished the round Saturday with three straight birdies.

“I guess the pressure’s off a little bit,” McIlroy said.

“You’ve had a bad week and you go to the next week and you say, ‘OK I didn’t do this well, I didn’t do this well.’ So you’re sort of trying to focus on that rather than winning the tournament. So for me, this week I wanted to focus on neutralizing my ball flight and trying to dial in my distances. All of a sudden those two little focus points have made me play some good golf again.”

McIlroy capped his birdie spurt by rolling in a 27-footer on the par-4 18th for the lead to himself after putting his tee shot into a fairway bunker. He had a 12-under 198 total.

Two groups behind McIlroy, Koepka (64) had his chances. The world’s top-ranked player finished with three straight pars. Now Koepka and McIlroy, who played the first two rounds together, will play together Sunday for the first time in a final round.

“It is exciting,” McIlroy said. “He’s the No. 1 player in the world, four majors in the last three years. He’s the man right now. I got to play with him the last couple days and I enjoyed it. I enjoyed seeing what he can do.”

Koepka says Sunday should be fun duking it out with McIlroy with so much on the line.

“That’s who you want to go up against, especially if he’s going to be playing this good,” Koepka said.

On Saturday, the field featuring 46 of the world’s top 50 attacked a course in almost perfect condition for scoring. Birdies fell early and often.

McIlroy finished a stroke off the 61 he shot in the final round of his Canadian Open victory in June. McIlroy, who also won the Players Championship in March, spent some extra time on the driving range to adjust his wedges. He showed just how dialed in he was by hitting 14 of 18 greens in regulation and needing only 23 putts.

He birdied two of his first three holes, with his longest putt 6 feet on No. 1. He finished his front nine with a 30 after three straight birdies, and a 17-footer on the par-4 seventh was his longest of the trio.

McIlroy’s lone misstep came on No. 12 when he hit his tee shot into the water all along the par 4 and then put his third into a greenside bunker. He chipped out to 6 feet to salvage bogey. He birdied four of his final five, hitting his tee shot 190 yards to 5 feet on the par-3 14th, and left himself a 6-footer for birdie on the par-5 16th.

He rolled in a 16-footer on 17, setting up for his longest birdie putt on the final hole.

“My goal at the start of the day was to try to get to double digits under par going into (Sunday), and I bettered that by two and that’s because of those little bonus putts on 17 and 18,” McIlroy said.

Koepka had been just off when putting from 15 feet out or more dating to the British Open, here he tied for fourth. After four birdies on the front nine Saturday, he rolled in a 30-footer on the par-3 11th to go to 10 under and the lead to himself. He hit his tee shot into a fairway bunker on No. 13 and three-putted for bogey.

He came right back with back-to-back birdies to share the lead briefly with Fitzpatrick. But he missed a prime scoring chance on No. 16 and scrambled to save par after just missing the water off the 18th green.

Fitzpatrick was the first to 12 under with a birdie on No. 11. But he put the ball in the water on No. 12 on his way to double bogey and added two bogeys. He recovered with birdies on two of his final three holes in the final group with Patrick Cantlay.

“No one really wanted to watch me and Patrick because they were more about watching Rory and Brooks,” Fitzpatrick said. “So that’s completely understandable. I’d be the same.”

Divots: McIlroy had his fifth round of 62 or better on tour and third in his last 63 rounds. McIlroy has won three of his last four tournaments when shooting 62 or better in a round. This is the 12th time McIlroy has had at least a share of a 54-hole lead on the PGA Tour, and he’s won seven times previously. … Koepka hit 17 of 18 greens with his only miss at the 18th.