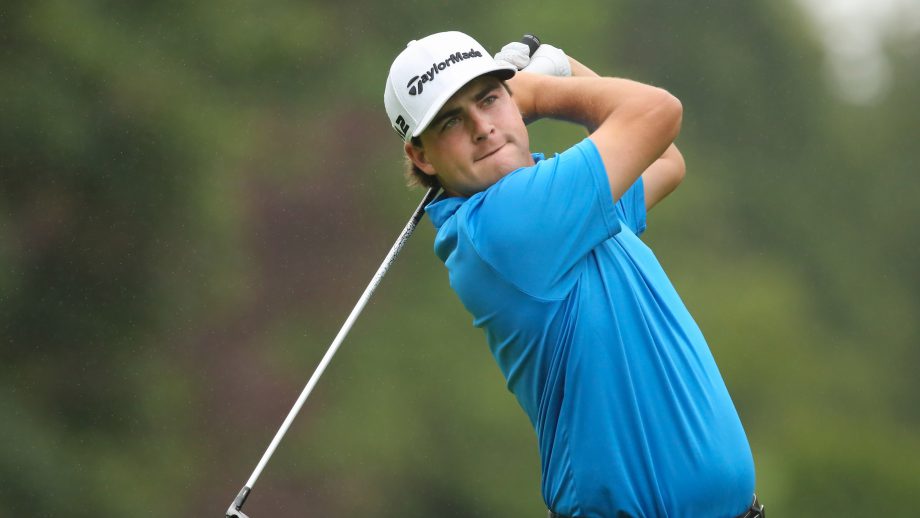 Victoria, British Columbia, Canada—Despite heavy rainfall making for a damp Friday afternoon, three Canadians are inside the top five, all within 3 shots of the lead, at the Bayview Place DCBank Open presented by Times Colonist at Uplands Golf Club.

Despite playing in just two events last season, Calgary’s Wes Heffernan managed to finish the season 36th on the money list, thanks to a runner-up finish at the ATB Financial Classic. Heffernan is quickly taking advantage of what he says will be another shortened season, following Thursday’s 65 with a 66 to sit in a tie for fourth heading into the weekend.

With family in the area, Jared Du Toit showed off his acclimation for island golf in the second round, shooting the second-lowest round of the day at Uplands Golf Club—a bogey-free 64. Following a massive drive, Du Toit eagled the par -5 seventh after sticking a 7-iron to five feet. Du Toit shares fourth with fellow Canadian Heffernan.

With three Canadians from the morning wave, Wes Heffernan , Jared Du Toit, and Aaron Cockerill, leapfrogging Wright as he prepared for his second round. the overnight leader kept his nose to the grindstone, making birdie on his first hole of the day to set the stage for a seven-birdie, three-bogey 66.

“I had to battle out there, that’s for sure,” said Wright, who watched the players teeing off in the morning coming in dry as he was getting a rain suit prepped for the afternoon. “Towards the end, [the greens] were getting softer, but early on they were just skipping because they were so wet but still firm.”

Being on the wrong side of the draw didn’t appear to inhibit the Louisiana State University alumni’s game. The second-place finisher of last week’s Freedom 55 Financial Open hit 15 greens Friday, and he takes a two-stroke lead over Aaron Cockerill and Sam Fidone into the weekend.

“When you’ve been in the hunt recently, it helps when you’re in the hunt again the next week because you’re more familiar with it. So you can just play your game,” said Wright. “There’s always a little bit of nerves, but I’ve been handling it very well so I’m going to just keep playing my golf game.”

Going into Saturday’s action, Wright doesn’t intend to change anything and will continue to rely on the game that has him two ahead.

“I’m going to just keep playing golf. There’s not really a secret formula to it,” said Wright. “Sometimes you have it going on and you just have to play golf, and it happens.”