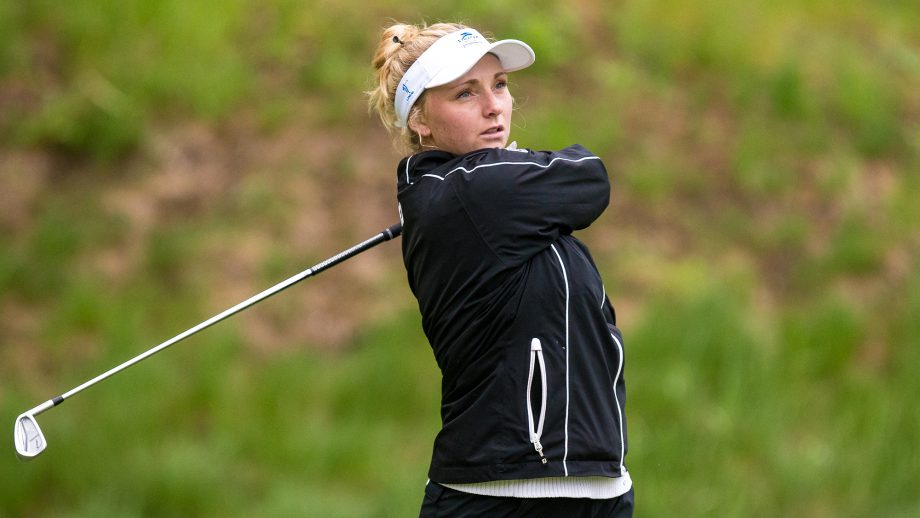 Maddie Szeryk was having trouble with her ball striking during the fourth round of the Danielle Downey Credit Union Classic and it was starting to get to her. But then she remembered the advice of Dr. Adrienne Leslie-Toogood, a mental performance coach with Golf Canada.

“It was kind of frustrating because I had been hitting it really well all week,” said Szeryk on Tuesday. “It was just kind of like OK, what’s happening?’ But you just kind of have to focus. You don’t want to get frustrated and give shots away. You have to remember that it happens, it’s golf and you have to figure out how to get this up and down or save par or make birdie.”

Szeryk finished the tournament tied for 24th at 6-under 282, the latest in a string of solid performances on the Symetra Tour that includes three top-five finishes since May 23. That strong play has her at 11th on the second-tier circuit’s money list, in a great position to earn an LPGA Tour card for next season.

The 23-year-old Szeryk says that a strong foundation in mental conditioning has given her the consistency needed to become the highest-ranked Canadian on the Symetra Tour.

“I think it’s important to stay patient and stay in the moment and not get so frustrated,” Szeryk said. “Just really focus on what’s ahead. It takes a lot out of you and you have such a long year of golf that you really can’t waste that energy.

“You play so much that you have to keep high energy and you can’t waste it on something like hitting a bad shot and getting frustrated. It’s not worth it in the big picture, in the grand scheme of it all.”

Leslie-Toogood encourages golfers to not just have a healthy pre-shot ritual, but a constructive post-shot routine too. That means learning from the shot and then moving on without it weighing on the golfer.

“Rather than waiting until you’re in a tough spot to really try and figure it out, instead, what are the processes you can have in place,” said Leslie-Toogood, who currently works with Golf Canada’s men’s amateur and young pro teams. “Fuelling and hydration, those are really important things on the golf course, you do those really proactively. You don’t wait until you’re about to pass out to sip water, you do it along the way to stay in a good place.

“So if you’re a person who wants to be more patient, what can we do to help you stay patient rather than wait until you’re completely losing it to kind of get yourself back.”

Although she was born in Allen, Texas, Szeryk and her sister Ellie Szeryk – who has committed to play for Texas A&M next season – are dual Canadian-American citizens that regularly visit family in London, Ont. Both Szeryks are proud of their Canadian roots and Maddie says they wouldn’t be as successful without the support of Golf Canada, including its coaching staff like Leslie-Toogood.

“We both love playing for Canada. That’s who we want to play for,” said Maddie Szeryk. “They’ve helped so much, I’ve learned so much over the past few years. How to grow my game, mentally, physically, just the all-around golf game.”

Szeryk will be in the field at the CDPHP Open when it tees off on Friday at Capital Hills Golf Course in Albany, N.Y. She’ll be joined by Maude-Aimee Leblanc of Sherbrooke, Que., the second-highest ranked Canadian on tour at No. 29.

Other Canadians in the field include Caroline Ciot of Brossard, Que., Christina Foster of Concord, Ont., Hannah Hellyer of Stirling, Ont., Valerie Tanguay of St-hyacinthe, Que., Elizabeth Tong of Thornhill, Ont., as well as Megan Osland and Samantha Richdale, both from Kelowna, B.C.