Conners, Svensson T5 after round 2 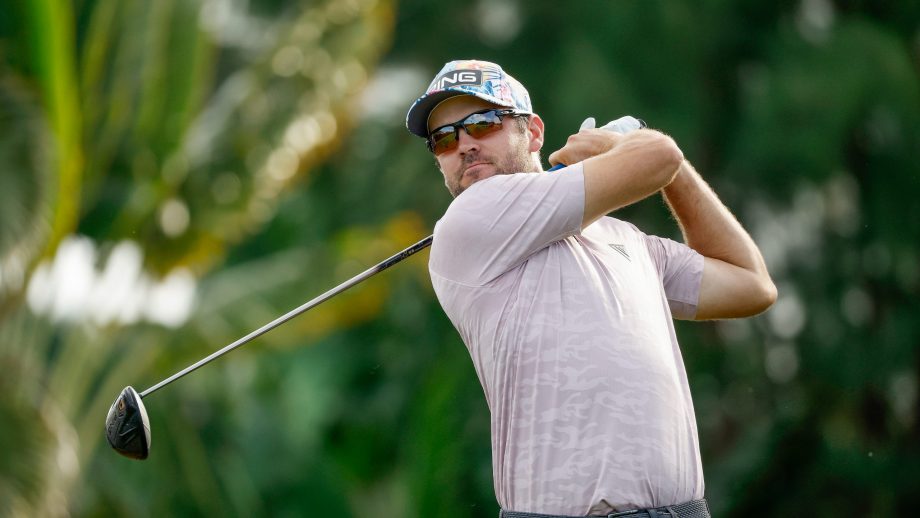 HONOLULU, HAWAII - Corey Conners plays his shot from the fifth tee during the second round of the Sony Open in Hawaii at Waialae Country Club on January 14, 2022 in Honolulu, Hawaii. (Photo by Cliff Hawkins/Getty Images)
Golf Canada

Round 2 of the Sony Open brought envy-worthy views as golfers tee’d up for the second day of competition in paradise. Around mid-day Hawaii-Aleutian Standard Time, the thermometer read 77F, equating to 25C for those who are north of the border.

For Conners and Svensson, the Friday round in Hawaii was a successful one as the pair moved up four spots on the leaderboard to finish the day at nine under in a tie for fifth. Both sit six strokes back of leader Russell Henley.

At the midway point of the tournament Conners is error-free, carding nine birdies total. His best finish at the Sony Open was in 2019 when he finished T3 at Waialae.

Conners and Svensson are the only two Canadians advancing to the third round with Sloan, Pendrith, and Gligic missing the cut.