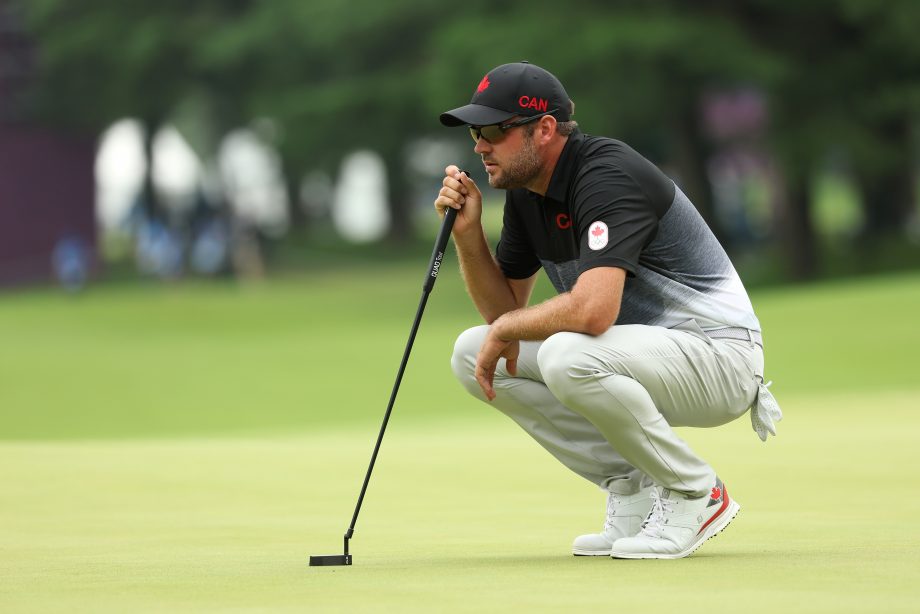 KAWAGOE, JAPAN - JULY 29: Corey Conners of Team Canada lines up a putt on the first green during the first round of the Men's Individual Stroke Play on day six of the Tokyo 2020 Olympic Games at Kasumigaseki Country Club on July 29, 2021 in Kawagoe, Saitama, Japan. (Photo by Mike Ehrmann/Getty Images)
Canadian Press

Canada’s Corey Conners and Mackenzie Hughes are at 2-under 69 after the first round of the men’s golf tournament. Conners and Hughes are tied for 20th with nine other golfers, six strokes behind leader Sepp Straka of Austria.

Play was suspended two-and-a-half hours due to a thunderstorm.