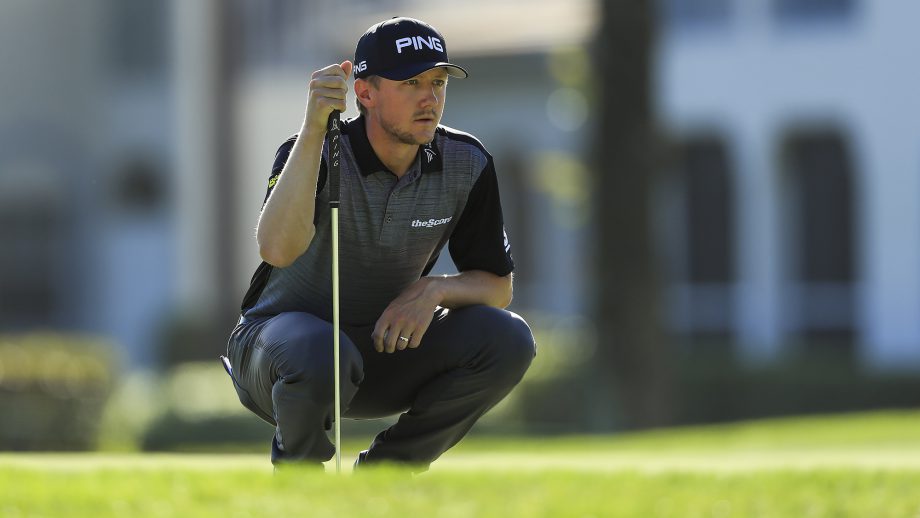 PALM BEACH GARDENS, Fla. – Even with a tee shot into the water for another double bogey, Tiger Woods could see the big picture in the Honda Classic.

He was four shots out of the lead going into the weekend.

Luke List delivered a round not many others found possible in such difficult conditions Friday, a 4-under 66 that gave him a share of the lead with Jamie Lovemark (69). They were at 3-under 137, the highest score to lead at the halfway point of the Honda Classic since it moved to PGA National in 2007.

So bunched were the scores that Woods was four shots out of the lead and four shots from last place among the 76 players who made the cut at 5-over 145. More importantly, he only had 13 players in front of him.

“This is a difficult golf course right now,” Woods said. “Making pars is a good thing. I’ve done that, and I’m right there with a chance.”

And he has plenty of company.

Tommy Fleetwood, who won the Race to Dubai on the European Tour last year, scratched out a 68 and was one shot out of the lead along with Webb Simpson (72), Russell Henley (70) and Rory Sabbatini (69).

Justin Thomas and Daniel Berger each shot 72 and were in a large group at 139. They were among only 10 players remaining under par.

Fleetwood laughed when asked the last time he was at 2 under after 36 holes and only one shot out of the lead.

“Maybe some junior event,” he said. “It’s good, though. These are the toughest test in golf. Generally, one of the best players prevail at the end of weeks like this. Weeks like this challenge you to the ultimate level. Whether you shoot two 80s or you lead after two rounds, you can see what you need to do and see where your game is. Because this is as hard as it’s ever going to get for you.”

The difficulty was primarily from the wind, which blew just as hard in the morning when List shot his 66 as it did in the afternoon. More aggravating to the players are the greens, which are old and bare, firm and crusty. It’s a recipe for not making many putts.

Defending champion Rickie Fowler had six bogeys on his front nine and shot 77 to miss the cut.

“It’s unfortunate that the greens have changed this much in a year,” Fowler said. “They typically get slick and quick on the weekend because they dry out, but at least there’s some sort of surface. But like I said, everyone’s playing the same greens.”

It looked as though List was playing a different course when he went out with a bogey-free 32 on the back nine, added a pair of birdies on the front nine and then dropped his only shot when he caught an awkward lie in the bunker on the par-3 seventh.

“It’s very relentless,” List said. “There’s not really too many easy holes, but if you hit fairways and go from there, you can make a few birdies out there.”

Canadians Mackenzie Hughes and Corey Conners are 2 over while Ben Silverman missed the cut.

List and Lovemark, both Californians, have never won on the PGA Tour. This is the third time List has had at least a share of the 36- hole lead, most recently in South Korea at the CJ Cup, where he shot 76-72 on the weekend.

“It’s kind of irrelevant because there’s going to be 30 guys within a couple shots of the lead,” List said. “It’s going to be that type of week.”

He was exaggerating – there were 11 players within three shots of the lead.

And there was another guy four shots behind.

Miss anything from Round 2?

We've got you covered ? pic.twitter.com/qVlfjtMsWl

Woods brought big energy to a Friday afternoon that already was hopping before he overcame a sluggish start and holed a 25-foot birdie putt on No. 9 to make the turn at 1 under for his round, and leaving him two shots out of the lead. Everyone knew it just from listening to the roars.

Woods had his chances, twice missing birdie putts from inside 10 feet at Nos. 10 and 12, sandwiched around a 12-foot par save. His round appeared to come undone when he found the water on the 15th and made double bogey for the second straight day.

Then, he hit out of a fairway bunker, over the water and onto the green at the dangerous 16th hole and faced a 65-foot putt. He misread the speed and the line, so badly that it was similar to a car driving from Chicago to Denver and winding up in Phoenix. A bogey dropped him to 2 over.

The big moment was the 17th hole, 184 waters into the wind and over water. That’s where Rory McIlroy made triple bogey earlier in the day that ruined his otherwise solid round of 72, leaving him seven behind. Making it even tougher for Woods is the Brandt Snedeker hit 5-iron before him to about 6 feet. Woods got to the tee and the wind died, meaning 5-iron was too much and 6-iron wouldn’t clear the water.

He went with the 5-iron.

“I started that thing pretty far left and hit a pretty big cut in there because I had just too much stick,” Wood said.

It landed 12 feet below the hole for a birdie putt.

Thomas made 17 pars and a double bogey when he three-putted from 6 feet on No. 16. He felt the same way as Woods.