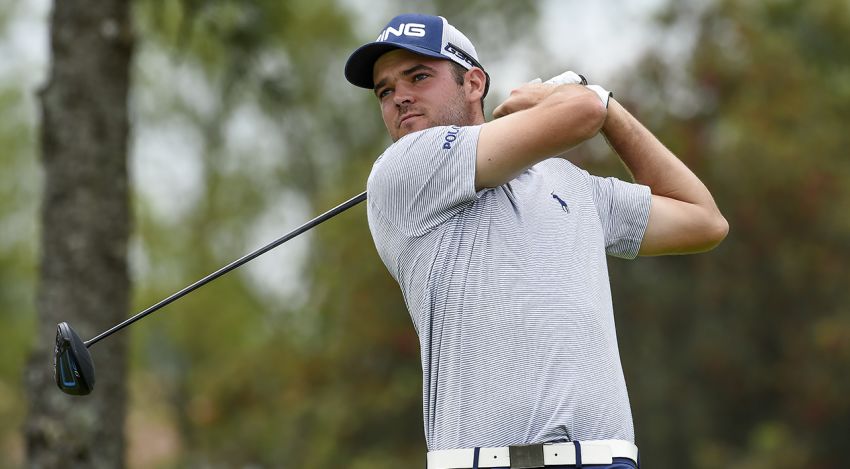 RIONEGRO, Colombia – Ken Looper of Mandeville, La., carded a 12-under 60, the lowest round in five seasons of PGA TOUR Latinoamérica, to claim the 36-hole lead at the 69th Avianca Colombia Open presented by BBVA. His impressive charge to the top featured ten birdies, a hole-in-one and no bogeys at Club Campestre de Medellin Llano Grande.

“A fairy tale round,” he went on to say about his “lowest career everything.”

Coming off an opening 67 on Thursday afternoon, the 27-year-old broke the course record only a day after Canada’s Corey Conners set it at 63. His 12-under 60 was also the lowest score in relation to par ever recorded on PGA TOUR Latinoamérica.

Leading the championship at 17-under par 127, Looper also claimed the lowest score for the first 36 holes of a PGA TOUR Latinoamérica tournament. Only Fabián Gómez, a two-time PGA TOUR champion, had gone this low in any 36-hole stretch ever before on this Tour.

Looper will enter the weekend holding a two-shot lead over Justin Hueber of Fort Wayne, Ind. Solo second after rounds of 65-64 to stand at 15-under, a number that matches the second lowest first 36 on Tour, Hueber is one of two players who remain bogey-free this week. The other is Medellin’s own Oscar Álvarez, currently tied for the 13th spot.

Holding the overnight lead by two after his opening 63, Corey Conners carded a 69 to drop to third, where he now trails Looper by five at 12-under. Two strokes behind, the leading Colombian Omar Beltrán ranks solo fourth thanks to a couple of 67s.