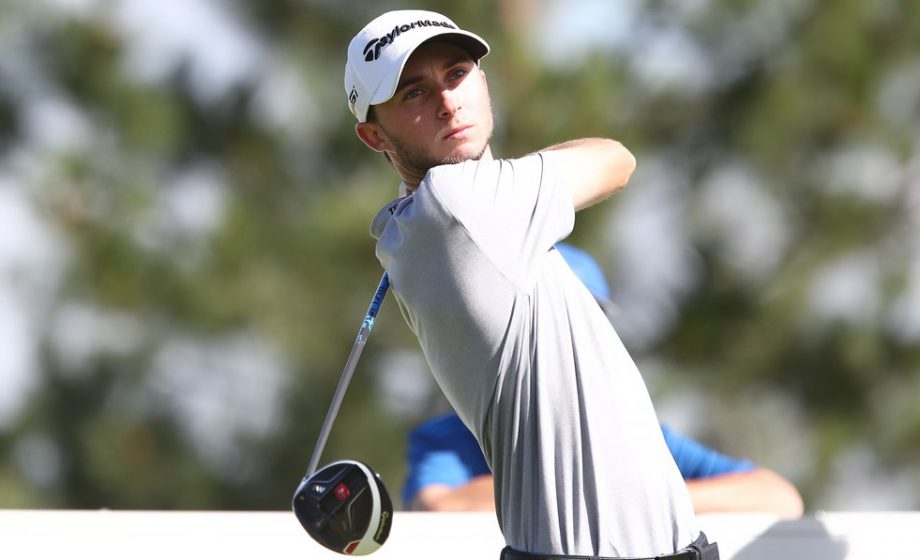 Austin Connelly, Dillon Rust and Joe Parkinson shot a 7-under 65 on Thursday in ideal scoring conditions at Country Hills Golf Club to share the first-round lead at the ATB Financial Classic, the seventh event of the 2016 Mackenzie Tour – PGA TOUR Canada season.

Connelly began the day with birdies on three of his first four holes, then hit a cold stretch through the middle of his round, which included his only bogey at the par-5 second hole, his 11th. But over the last six holes, the 19-year-old Canadian rattled off three birdies and an eagle to catch the leaders and post 7-under.

“After the bogey on No. 2 I was 2-under and looked at the leader board and saw that some guys were going pretty low,” said Connelly, who recently logged his best professional finish with a solo third at the Staal Foundation Open presented by Tbaytel three weeks ago. “I knew the front nine out here is easier than the back so I knew I would have some opportunities coming in.”

Like Connelly, Rust made a late charge at the lead. At 4-under through 16 holes on Thursday, the native Texan did not seem to be a threat to the lead until a hole-out from 120 yards for eagle on the par-4 17th and a birdie on the 18th vaulted him to the top of the leaderboard.

“The finish was pretty awesome,” Rust said. “I was 4-under through 16 and on a day like today that score is not really getting after it that much. I hit a perfect 54-degree wedge on 17 and it went right in the hole. Made a couple really nice swings on 18 and made a five footer. I finished with basically four perfect swings.”

After two early bogeys in his round, Parkinson used two eagles on the par-5 seventh and 13th to regain his momentum. He then birdied the last from 200 yards to put an exclamation mark on his low round of the season, crediting a more aggressive strategy.

“I’ve been struggling a little bit, so for this event I wanted to come out and be a little more aggressive,” said Parkinson, who has yet to finish inside the top 25 through the first six events. “I was very aggressive in college and I felt like since I’ve been out here I have been really conservative trying to play smart golf and I think today I played more aggressive and it paid off.”