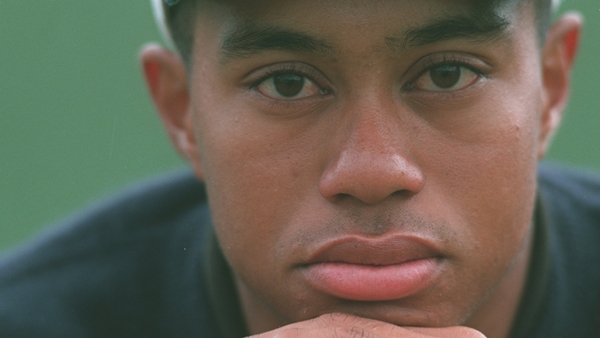 Maybe we were just focused on the wrong body part.

Ever since Tiger Woods’ SUV veered off course at the end of his driveway in Florida nearly six years ago, the questions have been about his head. And all the while, it’s the rest of his body – the left side mostly – that’s been breaking down before our eyes. Maybe, like Icarus, it turns out Woods just wasn’t built to go the distance.

He broke into big-time golf at 20, thin as a 2-iron and swinging with all the abandon of a kid. He putted without nerves, hit the ball farther and passed so many career signposts so breathtakingly fast, and with such ease, that his future seemed to be on cruise-control already.

But Woods is 38 now, and despite sparking the fitness craze that revolutionized professional golf, he’s falling apart like a used car.

Woods announced Tuesday he would skip the Masters for the first time in his career to begin yet another rehab from the latest of at least a half-dozen surgeries. For all the comparisons to Jack Nicklaus, in light of this latest breakdown, it might be more apt to look at Mickey Mantle.

A chain-reaction series of injuries hobbled the Yankee slugger through the final few seasons of a career that should have been even better – not to mention longer. Mantle’s bad luck, as one writer memorably put it, was to be “a million-dollar talent propped up on dime-store knees.”

At this point it’s worth noting that Mantle had a drinking problem. And that he contributed to his own demise as a ballplayer by staying out late too many nights, something to which Woods has already pleaded guilty. But the way the injuries dogged Mantle at the end, sapping both his power and speed, may turn out to be the more instructive parallel.

Woods’ latest surgery, called a microdiscectomy, was to relieve the pain from a pinched nerve in his back. Problems with his back first surfaced last summer, then resumed this spring, culminating in Woods’ withdrawal from the Honda Classic and a final-round 78 a week later at Doral, where he looked visibly weakened.

A bad back is worrisome enough. That it arrives at the end of a string of injuries to Woods’ left leg, knee and elbow, as well as both Achilles tendons – and almost all within the last half-dozen years – makes you wonder whether it’s part of a larger pattern.

In a statement on his website, Woods called the setback “frustrating” but “something my doctors advised me to do for my immediate and long-term health.”

The website also pointed out that swinging a golf club could have caused the pinched nerve, and as anybody who’s ever swung one for a couple of rounds can attest, it can damage plenty of other body parts as well.

Woods has been doing that since age 3, and until the surgeries began piling up, it seemed as if he could go on doing it long enough to win more major tournaments that anyone had. But he’s been stuck at 14 since the 2008 U.S. Open, and suddenly it’s relevant that he’s playing a game that has knocked just about every other great champion off his pedestal by the mid-to-late 30s.

Woods certainly knows the litany: Bobby Jones retired at 28; Tom Watson and Byron Nelson never won another after 33; Arnold Palmer, 34; and Walter Hagen, 36. Gary Player won only one after 38 and Nick Faldo his last at 39. Ben Hogan was an outlier, winning into his early 40s.

Nicklaus, the one that always mattered most to Woods, won all but one of his by age 40, covering an 18-year span. And the last one, the 1986 Masters at age 46, was what people mean by the phrase, “catching lightning in a bottle.”

Woods may still be good for one of those, as well as a few more regular tour events, which he’s continued to win with some regularity. More important, perhaps, he isn’t conceding anything. He needs four more PGA Tour wins to pass Sam Snead and five more majors to go by Nicklaus.

“There are a couple (of) records by two outstanding individuals and players that I hope one day to break,” Woods said Tuesday on his website. “As I’ve said many times, Sam and Jack reached their milestones over an entire career. I plan to have a lot of years left in mine.”

Even if Woods is right, this much is already different. A lot of those kids he inspired to take up the game blow their drives past his, and they don’t spit up leads the way Woods’ peers used to the second his name popped up on the leaderboard. The last time some of them saw Woods make a putt that mattered in a major was on TV.

So it matters less, at the moment anyway, where Woods’ head is at than how quickly – maybe even whether – the rest of his body heals. Deep as that bunker he was standing in looked before, his shot looks a lot tougher now.

Tiger Woods’ injuries over the years