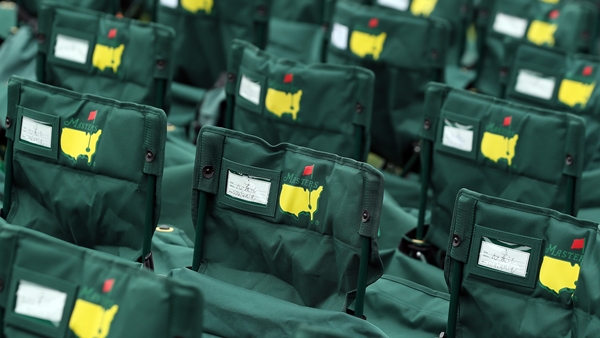 AUGUSTA, Ga. – The legends usually fade away gracefully here, part of the reason why the absence of Tiger Woods at the Masters seems so jarring.

He wasn’t at the Champions Dinner Tuesday night, won’t be on the first tee Thursday morning. Someone else will be putting on the green jacket when it’s all over, and not nearly as many people will be sitting in front of their TVs at home watching it happen.

“It’s part of what you do in April,” Augusta National chairman Billy Payne said. “You watch Tiger compete in the Masters.”

It might just be an aberration, and there’s always the chance Woods will be back one day almost as good as new. But there’s also the sense that one of the most spectacular reigns in the history of the game could be coming to an end in the same place Woods first burst into the public consciousness 17 years ago.

It’s now been six years since Woods won a major championship, and nearly a decade since he last won a Masters. With a surgically repaired back at the age of 38, it would be hard to find a bookie in Vegas offering decent odds that he will win another anytime soon – if ever.

None of that means all that much to the other players here. They’re beholden to Woods because he has helped make many of them rich, but they’re also here this week with a job to do that is always easier in his absence.

They’re his contemporaries, if not his rivals. Woods never really had a rival in the way Arnold Palmer had Jack Nicklaus or Ben Hogan had Sam Snead. When he put on his red shirt on Sunday the tournament was usually his to lose, not someone else’s to win.

“Players to some extent will miss him but then they are like, hey he’s not here, so it’s one less guy you have to beat,” Steve Stricker said.

Golf will miss him more, especially in the one place people associate with the game more than any other. From the time Woods won in a runaway in 1997 to become the first black man to win a green jacket, the Masters has been all about Woods – and both the tournament and the player have prospered greatly.

The buzz in the weeks and days before the Masters has for the last two decades been about how Woods will do. The TV ratings on Sunday soar when he’s in contention, as he almost always is.

It’s not the same without him now. It may never be the same again.

“It’s awkward to not have him here,” Phil Mickelson said. “I hope he gets back soon.”

Mickelson talked some this week about what Woods has meant to the game, reminiscing about the $180,000 first place purse offered when he won his first tournament in Tucson in 1991 as an amateur. He suggested to his agent that week that someone might win $1 million in a tournament someday, though probably not during Mickelson’s career.

Now a minimum $1 million first prize is as crucial as free courtesy cars just to get players to show up at a PGA Tour event.

“Nobody has benefited more from having Tiger in the game than myself,” Mickelson said. “Tiger has been the instigator.”

He surely has been, much in the way Palmer was when he turned the country on to televised golf with four Masters wins in seven years beginning in 1958. Palmer is 84 now and last won here a half century ago, but he and Jack Nicklaus and Gary Player still come every year to play in the par-3 contest and hit the ceremonial first balls.

Don’t count on Woods doing that someday. He’s not wired to interact with people the same way the players of yesteryear were, and it’s hard to imagine one of the most ferocious competitors in the history of the game even putting a tee in the ground if he didn’t think he had a chance of winning.

Palmer said he believes Woods can come back and win like he did before, though he cautioned he may have more trouble with his head than his back. Palmer said he didn’t win any majors after the age of 34 because his success had dimmed his inner drive, and that Woods might be having the same problem.

Palmer might be right, though no one has really figured Woods out yet. He’s one of the most recognized people on the planet, yet he remains an enigma in a red shirt

Without him, though, golf doesn’t seem nearly as fun.