Colsaerts shoots 60 in first round at Portugal Open 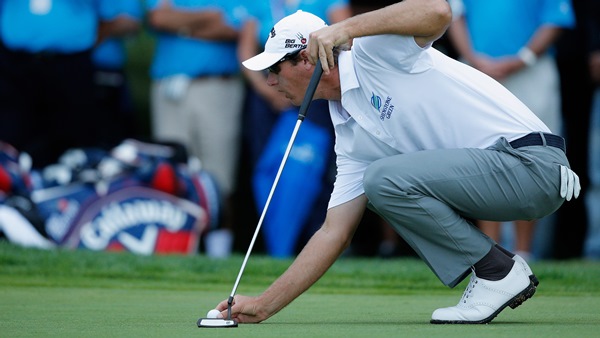 VILAMOURA, Portugal – Nicolas Colsaerts of Belgium shot a brilliant 11-under 60 to take a three-shot lead of the Portugal Masters in the opening round on Thursday.

Colsaerts came close to setting a European Tour record of 59 when his putt missed on the par-4 18th hole.

Colsaerts made eagles on the 15th and 17th after hitting seven birdies through a near flawless first day at the Oceanico Victoria Golf Club.

It was the 19th time the score of 60 has been reached on the European Tour.

Scott Jamieson and Alexander Levy were both three strokes behind in joint second.

The round was suspended late due to rain. It will be finished early Friday.