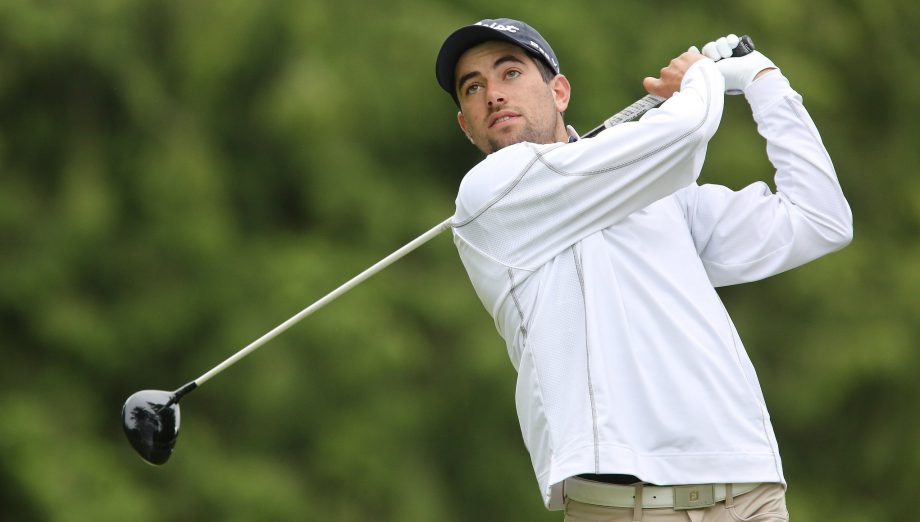 London, Ont. – Alamo, California’s Cody Blick shot a 9-under 61 on Friday at Highland Country Club to take the second-round lead at the Freedom 55 Financial Championship, the final event of the 2017 Mackenzie Tour – PGA TOUR Canada season.

The 23-year-old second-year Mackenzie Tour member made nine birdies and zero bogeys on the day to lead by three shots over Tucson, Arizona’s Jonathan Khan and Winter Springs, Florida’s Hank Lebioda through two rounds in London.

“Everything was just pretty solid. I played with Rico (Hoey), and he’s a good buddy of mine. He’s been a friend of mine since I don’t even know. We just had fun, and he got off to a really hot start and I was trying to just keep up with him,” said Blick

The San Jose State alum is no stranger to low rounds on the Mackenzie Tour, having shot a 10-under 60 during the third round of this year’s Bayview Place Cardtronics Open presented by Times Colonist. During that round, Blick bogeyed the 18th to miss out on a chance at 59.

It was a birdie at the 18th this time for Blick, who matched Jared du Toit’s 61 yesterday for the low round of the tournament.

“I’m still kind of kicking myself for 18 at Victoria. I made five there to shoot 60, but out here I wasn’t really thinking anything special until I birdied 15, and then I realized I have a chance to beat du Toit’s round from yesterday and maybe sneak in a 59 if something special happens,” said Blick.

Khan and Lebioda both shot their second straight rounds of 65 to sit three back at 10-under, while three players – Hoey, Brett Lederer and Jordan Niebrugge – were two shots further behind at 8-under.