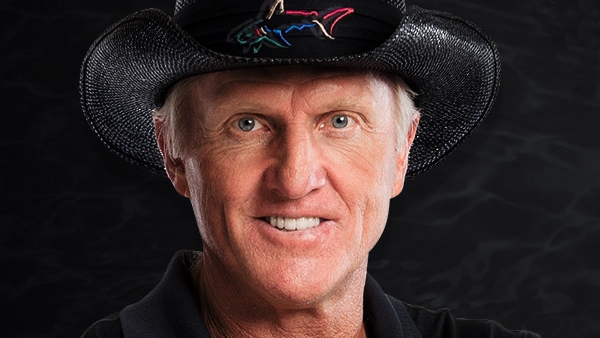 Australian golf legend Greg Norman will once again be a global brand ambassador for Cobra Golf, collaborating on product development and sporting Cobra clubs at a variety of appearances, tournaments and events.

Norman kicks off his 2014 season with Cobra at the PGA Show in Orlando this week, where he will participate in the brand’s Forum Stage presentation as well as other Cobra corporate functions.

“It’s a privilege to once again welcome Greg Norman to our Tour team and the Cobra Golf family,” said Bob Philion, president of Cobra Puma Golf. “Greg is an industry icon and a true promoter of game enjoyment, which is what Cobra has been about from the beginning. It
feels right to have him not only back on the course playing our clubs, but also behind the scenes, playing an intricate role in the development of our products and overall business.”

As part of the long term agreement, Norman will represent Cobra at several PGA Tour events that he is closely involved with including: the Valero Texas Open in March, the OHL Classic at Mayakoba in November, and the Franklin Templeton Shootout in December. He will also help to bring worldwide visibility to the Cobra Golf brand through his elite industry status and strong business connections and partnerships, including his partnership with the China Golf Association.

“My golf career has been an incredible journey, and a huge part of that voyage was my relationship with Cobra Golf in the prime of my career,” said Norman. “Cobra continues to enhance the game with cutting-edge technology and products that help golfers of all skill levels play better and enjoy the game. I’m proud of the growth the company has experienced thus far and am excited about the future potential of the brand; it’s a huge honour to become re-involved with Cobra as it is today – a major player in the industry.”

A force to be reckoned with, Norman has earned 91 career victories, including 20 PGA Tour wins, 71 International wins and 29 Top 10 finishes in the Majors. He is a two-time British Open Champion and has spent 331 weeks of his career as the No. 1 golfer in the world, earning a spot in the World Golf Hall of Fame in 2001. He was a Presidents Cup Captain in both 2009 and 2011, and remains an eight-time Vardon Trophy/Byron Nelson award winner.

The Shark’s bag and headwear will showcase the brand’s logo, and will exclusively feature Cobra Golf clubs, including the recently-debuted BiO CELL Driver 8.5, BiO CELL Fairway and BiO CELL Hybrid, all in black; AMP CELL Pro Irons 3-PW; and Tour Trusty Wedges 52 and 57.