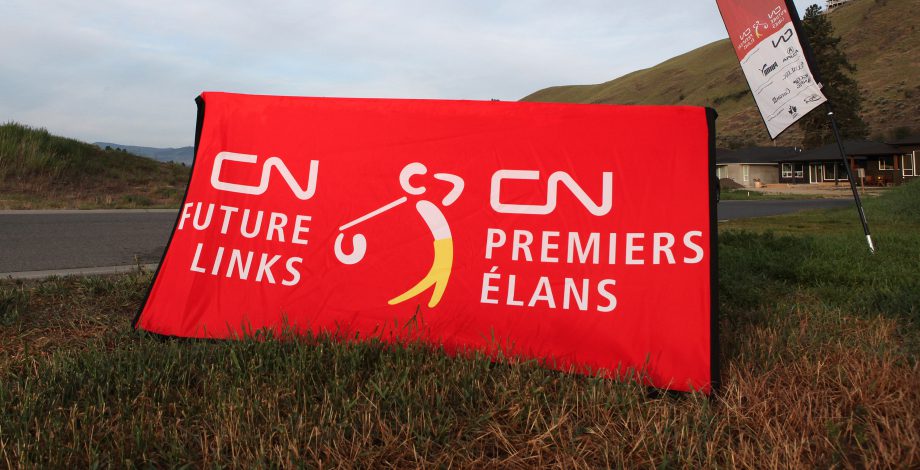 BEAUCEVILLE, Que. – Club de golf Beauceville, founded in 1990 in Beauceville, Que., will host a field of 121 junior athletes from June 3-5 for the 2016 CN Future Links Quebec Championship. A total of six CN Future Links Championships are presented by Golf Canada in partnership with CN. These championships provide opportunities for junior golfers across Canada to develop their games in a safe and encouraging environment.

“Golf Canada is thrilled to work with Club de golf Beauceville for our third CN Future Links Championship this season,” said Justine Decock, Tournament Director. “The course will be a great test for a strong field. We look forward to seeing these athletes learn and grow through this competition.”

Charles-Éric Bélanger will represent the National Team Men’s Development Squad at the competition. The native of Quebec City collected second- and third-place finishes at last year’s Quebec and Ontario editions of the CN Future Links Championships. The 2015 CN Future Links Junior Boys Order of Merit winner is coming off a season in which he claimed the Canadian Junior Boys title.

Club de golf Beauceville member Louis-Michel Guay will make his debut on the CN Future Links circuit. The 18-year old from St-Isidore, Que., who was fifth on the Quebec Garçons Juniors Order of Merit in 2015, will try to translate his familiarity with the course into championship success.

The top six in the Junior Boys division will gain exemptions into the 2016 Canadian Junior Boys Championship, held August 1-4 at Clovelly Golf Club in St. John’s, N.L. A hole-by-hole playoff will determine exemptions in the case of ties. Those who make up the top six in the Junior Girls division, including ties, will earn entry into this year’s Canadian Junior Girls Championship, hosted by The Links at Penn Hills in Shubenacadie, N.S., from August 2-5.

Additional information on the 2016 CN Future Links Quebec Championship, including a full list of competitors and tee-times, is available here.