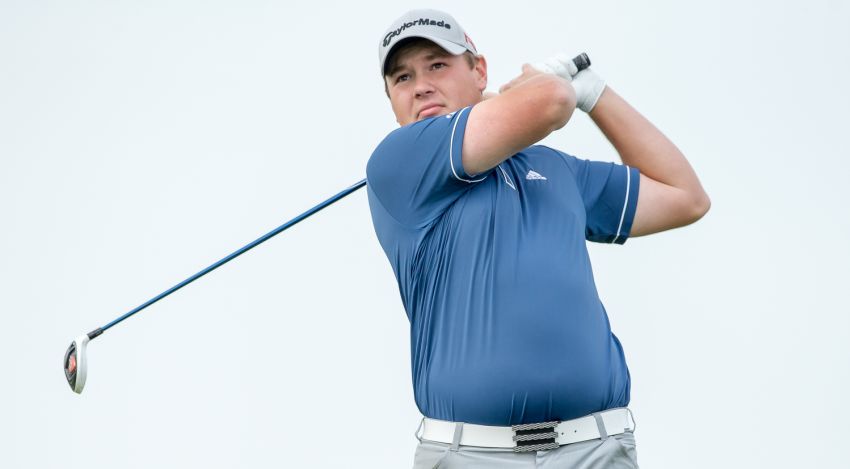 The 22-year old was bogey-free for his final round finishing at 16-under total to win by two over fellow University of South Carolina senior Matt NeSmith.

“The putter got hot and I kind of found something on the range before my third round. I just went with it and it felt good, and I was lucky to keep it going,” said Starke, who was 14-under for his final two rounds.

After successfully earning their cards, Starke and NeSmith join fellow teammates Sean Kelly and Caleb Sturgeon as current members of the South Carolina men’s golf team to earn status on the Mackenzie Tour for 2016. Kelly finished T18 this week to earn conditional status, while Sturgeon finished T11 at last week’s Q-School to earn exempt status through the first re-shuffle.

“We’ve been playing forever, and I live with him,” said Starke of his teammate and roommate NeSmith. “We kind of push each other and make each other better. It’s been important for me to have a good player like him to push myself continuously.”

Forty-three players in total earned status on the Mackenzie Tour for 2016, including Kitchener, Ont., native and 2015 Mackenzie Tour member Chris Hemmerich, who was the low Canadian in solo fourth place at 11-under.