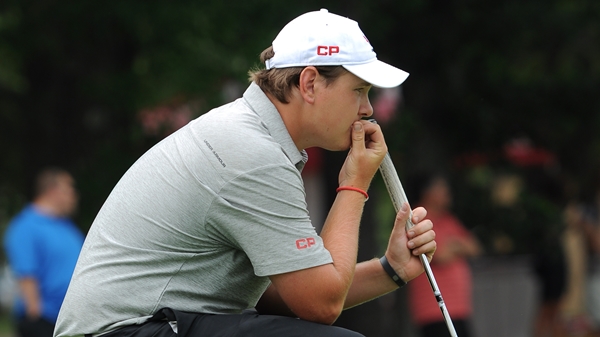 As Hemmerich’s management team Higher Ground’s services will include the sourcing and development of income producing endorsement opportunities as well as development and marketing of Hemmerich’s personal brand.

“Chris represents exactly the kind of individual our firm seeks to align with, possessing exceptional talent on the course, and immense character off the course”, said George Sourlis, president of Higher Ground Sports Management Inc. “I’m confident that with our track record for success in managing the business affairs of other professional athletes, we will be able to provide Chris with the stability he needs in the day to day management of his off-course activities and allow him to continue to excel in his professional career.”

After a stellar amateur career, which included winning the 2014 Ontario Men’s Amateur Championship against a strong field, Hemmerich, the former Guelph Gryphons Golf Team Captain, decided to turn professional in August, 2014 and pursue his dream of playing and winning on the PGA Tour.

With full status on PGA Tour Canada in 2015, Hemmerich will play his first full season on that Tour where his goal will be to finish inside the top five on the year-end money list. The top five finishers at the end of the 2015 season will receive status on the Web.com Tour in 2016. The Web.com Tour awards 50 PGA Tour cards o its top finishers at the end of the season.