Choi, Pendrith, Buchner lead after one round in Victoria 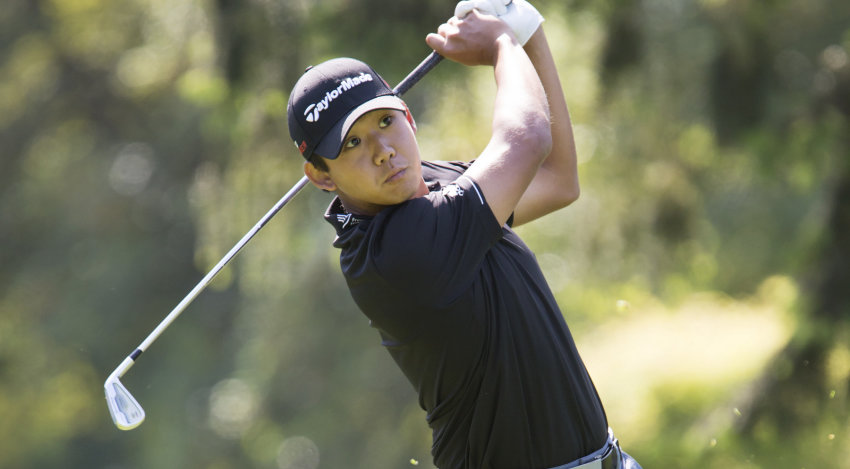 Pendrith, a 24-year old Mackenzie Tour rookie and co-runner-up in last week’s PC Financial Open playoff, birdied his final hole to join Choi’s early clubhouse lead, while Buchner navigated his way around Uplands without a bogey to match the lead at 6-under late in the afternoon.

“Obviously there are a lot of positives last week. Just being in the playoff was awesome. I had a really solid last round and I’m playing really well right now,” said Pendrith, who is now 14-under for his last 36 regulation holes after closing with an 8-under 64 last Sunday in Vancouver. “It’s nice to have another 64 today. I’m pleased with the round. It could have been a couple lower, but I’m happy.”

Buchner, a fifth-year Mackenzie Tour member, credited his solid play to familiarity with Uplands and a well-executed game plan on Thursday.

“I’m not the longest driver out here, but I might be the straightest, so this is a good course for me,” said the 41-year old Buchner of the tree-lined Uplands layout. “The one drive I hooked into the trees I pitched out and got up and down from 150 yards, so for the most part I stayed out of trouble.”

Earlier, Choi, who recorded his first career top-10 on the Mackenzie Tour last week, held the lead for most of the morning before finishing with a bogey on the ninth, his final hole of the day, to settle for a 6-under 64.

“It always stings to end with a bogey, but that’s why it’s a four day tournament and there are still three days left. I’m just looking forward to what’s coming ahead,” said the 23-year old. Choi was born in Surrey, B.C. and made his pro debut at Uplands in 2013. “I feel great being in British Columbia and on the west coast being from here. I had my pro debut here a couple of years ago and I remember this course very well. It was nice to play well today.”

One shot back of the trio at 6-under was Eugene Wong, making his 2015 Mackenzie Tour season debut, along with J.J. Spaun and Ryan Brehm.