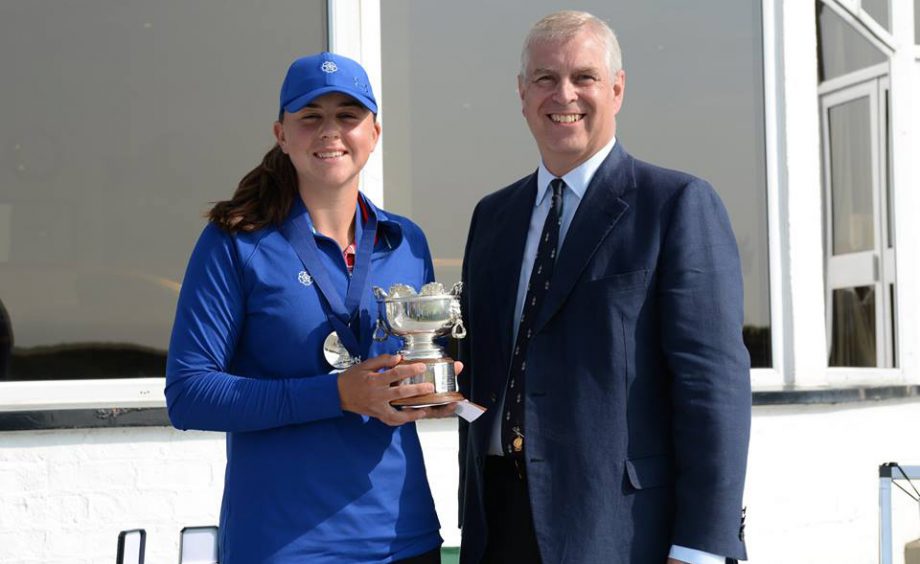 SOUTHPORT, England – Team Canada Development Squad member Chloe Currie made history Thursday at the Royal Birkdale Golf Club, shooting up the leaderboard at the Duke of York to leapfrog the competition on her way to becoming the first Canadian to capture the Young Champions Trophy.

The Mississauga, Ont., product saved her best for last, carding a tournament-low 68 (-4) to finish atop both the boys’ and girls’ divisions with a 54-hole total of 214 (-2). The 16-year-old held a share of fourth place heading into Thursday’s final, eventually going to jump ahead of runner-up Markus Braadlie of Norway for the come-from-behind one-stroke victory.

With the win, Currie adds to a string of impressive results this past summer including defending her Ontario Junior Girls title and finishing runner-up at the Canadian Junior Girls. Currie’s next challenge will be flying the flag on home soil at her home club—Mississaugua Golf & Country Club—as a member of Canada’s first team at the third annual World Junior Girls Championship.

“I didn’t know what to expect as I have never played Links golf or even played in Europe but I played very well,” Currie said after winning the trophy. “This Tournament is great as you get to play with other juniors from different countries. It makes it a memorable experience.”

On the boys’ side, Canada’s Peyton Callens of Langton, Ont., finished with a share of 25th. The reigning Ontario Junior Boys’ Champion started out a strong with a 73 (+1) to sit inside the Top-10 through 18 holes but couldn’t maintain his spot, slipping with a 78-79 to close out the tournament.

The Duke of York Young Champions Trophy, founded in 2001, is a highly rated international event. All of the competitors are either the current holders of their Under 18 National Championship or have won another major golfing event in the previous year. The event boasts an impressive array of former competitors, including four-time major winner Rory McIlroy.