Chip Shots: An in-depth look at golf in Canada 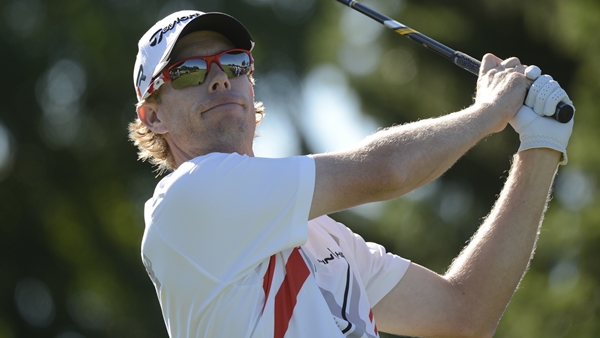 The future of Canadian golf is looking bright as more Canadians than ever before are climbing the ranks on the professional and amateur circuits.

This year Canadians will have their eyes on the five Canucks – and any other who qualify – teeing it up each week on the PGA TOUR. Graham DeLaet, David Hearn, Mike Weir, Stephen Ames and Brad Fritsch each have status on the major circuit, while the Web.com TOUR will see Adam Hadwin and Roger Sloan return for their second season alongside rookie Cam Burke and recent PGA TOUR Canada graduates, Mackenzie Hughes, Riley Wheeldon and Albin Choi.

On the women’s side, the LPGA will boast a stronger Canadian roster with Rebecca Lee-Bentham, Alena Sharp, Lorie Kane, Maude Aimee-Leblanc, Jennifer Kirby and Sue Kim playing this year. The LPGA’s Symetra Tour will also serve as a training ground to nearly 18 Canadians such as, Stephanie Sherlock, Natalie Gleadall, Jessica Shepley, Sara-Maude Juneau and Izzy Beisiegel.

The game is also thriving on the amateur circuit with nine Canadians currently ranked inside the top-100 in the World Amateur Golf Rankings. At No. 6 in the world Team Canada’s Brooke Henderson sits as the highest ranked Canadian in the standings after notching five victories last year and winning the South Atlantic Amateur in Florida to kick off her 2014 season.

The Toronto Sun’s Mike Koreen took an in-depth look at the future of golf in Canada, speaking with the PGA TOUR’s David Hearn and Golf Canada’s CEO Scott Simmons in his latest article ‘The Future is bright for Canadian golf’. Here’s a snippet.

David Hearn loves what he sees when he looks behind him.

The Brantford-born professional golfer is one of our country’s two best bets (along with Graham DeLaet) to break a five-year victory drought on the PGA Tour in the near future, but Hearn feels there will be plenty more chances in the years to come.

It’s hard to argue. Canada’s two best men’s golfers — still very much in their prime years at 32 (DeLaet) and 34 (Hearn) — lead a young, talented group that appears very much poised to make the country a significant international player as the sport counts down to its Olympic debut in 2016.

“We’re in a great spot,” said Hearn, one of five PGA Tour card-carrying Canadians (DeLaet, Brad Fritsch of Manotick, Mike Weir of Bright’s Grove, Ont., and Stephen Ames of Calgary are the others) this year.

“I think we’re going to continue to get more Canadians on the PGA Tour. For a long time, it was just Mike Weir and someone else, whether it was Ian Leggatt or Glen Hnatiuk or someone else.

“I think we have tremendous depth and talent now. There are a lot of good young players.”

Indeed, what’s transpired over the past few years or so shows far better days may be ahead. Consider:

* Four Canadians earned Web.com Tour (essentially triple-A to the PGA Tour) at qualifying school this past December — Nick Taylor of Abbotsford, B.C., Roger Sloan of Merritt, B.C., Cam Burke of New Hamburg, Ont., and Albin Choi of Toronto. All four are in their 20s.

* Mackenzie Hughes of Dundas, Ont., and Riley Wheeldon of Comox, B.C., picked up Web.com cards by finishing as first and second, respectively, on PGA Tour Canada’s money list last season. Again, both players are in their 20s.

* Speaking of PGA Tour Canada, it’s now on much healthier footing operating under the PGA Tour umbrella. The top five money earners each year get Web.com cards, which basically makes the Canadian circuit a double-A. Being part of the PGA Tour system helps in a big way.

Canada’s Rebecca Lee-Bentham has been included in the LPGA Tour’s 2014 ad campaign.

Lee-Bentham, along with other LPGA Tour players, are featured in the latest See Why It’s Different Out Here campaign spots which debuted during the first round of the Pure Silk-Bahamas LPGA Classic on Golf Channel. The fourth edition of the LPGA’s annual ad campaign again highlights the unique personalities of the biggest stars in the women’s game. The spots will air during LPGA telecasts on Golf Channel throughout the 2014 season. You can see Lee-Bentham cheer on her favourite team – the Toronto Maple Leafs – in the video below.