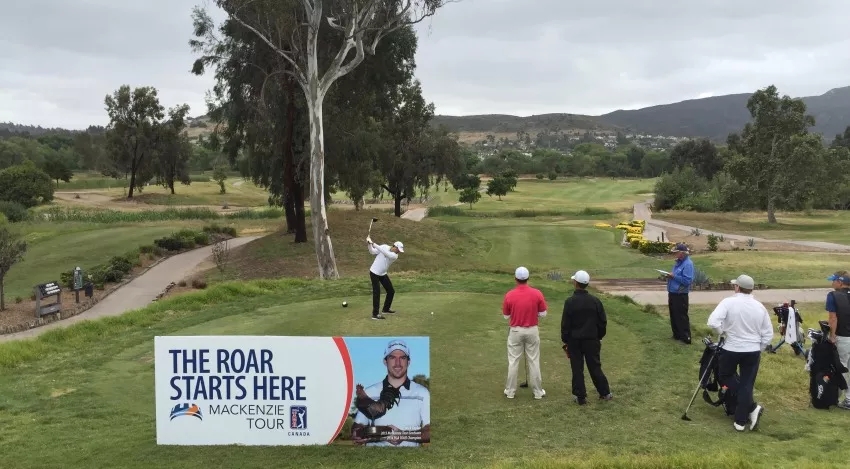 The 29-year old rebounded from bogeys on his first two holes with eight birdies to reach 12-under for the tournament, three shots ahead of fellow Californian Colin Featherstone with one round to go.

“It was kind of a kick in the butt and got me going,” said Chin of the bogey-bogey start. “I didn’t feel like I was trying to press anything and was just trying to take it one shot at a time, and 66 is just what happened.”

A former Web.com Tour member, Chin was victorious at a Golden State Tour event held at Carlton Oaks last week. The University of California-Irvine grad said he’s benefited from being familiar with the challenges presented by the tough Perry Dye layout.

“It’s definitely a ball-striker’s course. If you’re not striking your ball somewhat decently, you’re going to have a hard time even playing out here,” said Chin.

Jae Yong Kim is the leading Canadian heading to the final round. The North York, Ont., native is tied for 8th at 1-under after a 2-under 70.