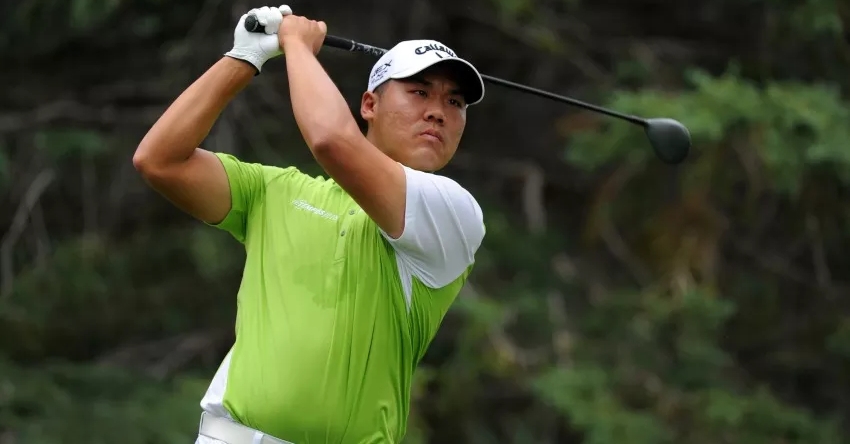 Chin finished the week 14-under, one stroke ahead of Rancho Santa Fe, California’s Colin Featherstone, earning him fully exempt status on the Mackenzie Tour for 2016.

“It was a lot of fun out there. My goal was just to try and limit my mistakes and not make any bogeys. Colin’s putter got hot at the end there and made things interesting, but it was a lot of fun,” said Chin.

The win comes on comfortable territory for Chin, who was victorious at Carlton Oaks for the second time in as many weeks, having claimed a Golden State Tour event last week in a warm-up for Q-School.

“I had a lot of confidence coming into this week, so I was just saying ‘why can’t I do it again?” To see the results on top of the hard work, it feels good,” said Chin.

A former Web.com Tour member, Chin said he entered 2016 with renewed focus after missing out at the second stage of Web.com Tour Q-School last fall, and that his offseason preparation paid off over the course of the week.

“The last two days, my ballstriking was a little shaky, but that’s what I practice for – my misses didn’t hurt me too much. Anyone can hit it well, but it’s about when you’re grinding that really counts,” said Chin.

For the week, 40 players in total earned status for the 2016 Mackenzie Tour season.