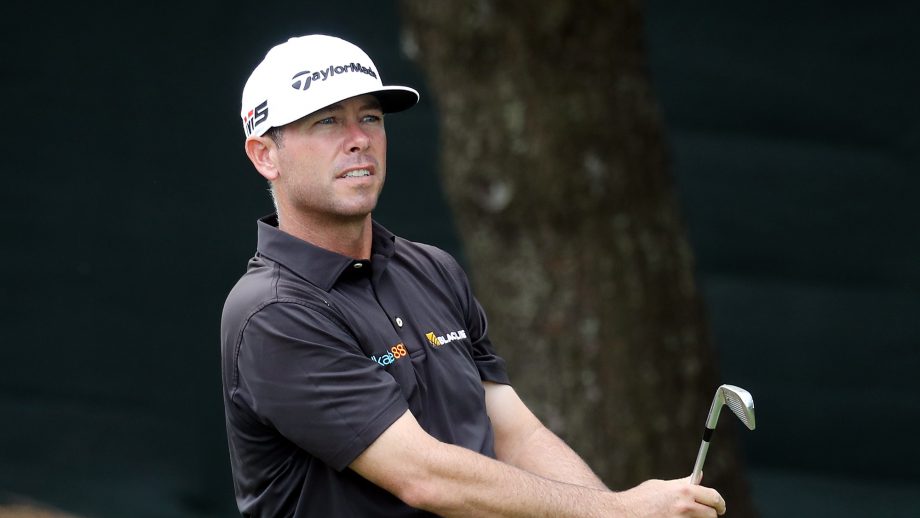 CROMWELL, Conn. – Chez Reavie was plodding along during the third round of the Travelers Championship, watching playing partner Zach Sucher extend his lead.

Then came the turn, both for the round and in the fortunes of the two players.

Coming off a third-place tie last week in the U.S. Open at Pebble Beach, the 37-year-old Reavie matched a tournament record with a back-nine 28 to shoot a 7-under 63. He took advantage of Sucher’s problems and turned a six-stroke deficit into a six-stroke lead heading into Sunday.

“Zach got some tough breaks early,” Reavie said. “I was able to kind of keep plugging along and make a few putts and the rest was history. I kind of caught fire at the end.”

Mackenzie Hughes (69) of Dundas, Ont., was tied for 41st at 3-under par. Nick Taylor of Abbotsford, B.C., made the cut on Friday night but did not finish the tournament.

Looking for his first PGA Tour win, Sucher – the 32-year-old former college star at Alabama-Birmingham – seemed to have it all going his way, until he didn’t.

He took a share of the lead in the last group Thursday night, came into Saturday with a two-shot advantage and shot 31 on the front nine.

But his drive on the 10th hole went left, hit a tree and bounced backward landing in the rough just 154 yards from the tee. He ended up with a bogey on that hole. He needed two shots to get out of a plugged lie at the lip of a green-side bunker on the 11th and ended with a double bogey, and put his ball into two bunkers on the par-4 13th for another double.

It took just a half-hour for Sucher to go from five strokes ahead of Bradley to four strokes behind Reavie.

“Ten was awful and I deserved bogey, but man, three straight holes I hit shots that weren’t that far off all behind the lip, so two of them plug and, yeah, rough, that’s all you can say about it,” Sucher said. “Other than those three holes, it was a great day.”

Reavie needed just 23 putts in the round, consistently putting his approaches near the pin, despite a strong wind.

“On nine and 10, I kind of started to get a feel for the wind and how it was affecting my golf ball,” he said. “Fortunately, today it kind of stayed steady in the same direction, so I just kind of navigated around in my yardage book to figure out where it was.”

Roberto Diaz (67) and Jason Day (68) were tied for fourth, seven shots back. But Day said he does not think that’s an insurmountable deficit on course where Bubba Watson overcame a six-stroke final-round deficit a year ago.

“There are a lot of emotions that come with Sundays, but I think Chez has been there and won before,” Day said. “But every win is different and how you feel is different, so I just try to stick to what I am doing right now, and hopefully, the chips fall my way.”

Brooks Koepka, coming off his runner-up finish at Pebble Beach, shot a 72 and was 1 under.

“It’s hard to focus,” Koepka said. “I don’t think I am even over the PGA and then to exert all your energy last week – I’m just fried. I caught myself yawning out on the golf course. I don’t think I’ve ever done that before.”

Watson was looking for his fourth win in Connecticut to tie the record of Billy Casper. He closed his round of 73 with about a 25-foot putt for birdie to move to 2 under.

“That’s how golf is,” Watson said. “You don’t like golf and then you make that long putt and you’re ready to play the next day. I’d love to shoot that Jim Furyk round (58) just to have a chance.”