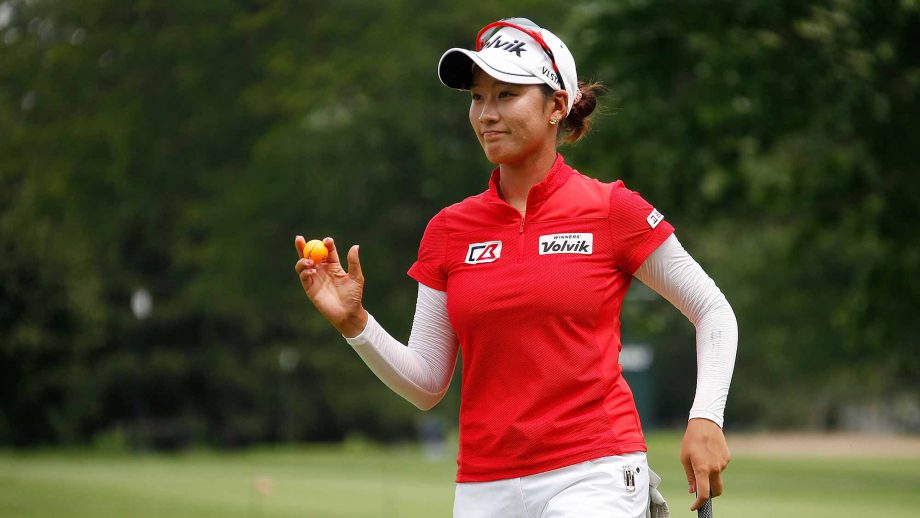 SYLVANIA, Ohio — Ji Leon Choi promised his daughter he would caddie for her until she won the LPGA Tour.

Chella Choi isn’t so sure she’s ready to break up the team after winning the Marathon Classic on Sunday.

“My father wants to retire because we promise, but I don’t know,” Choi said. “We will talk later.”

The 24-year-old South Korean player broke through in her 157th start on the tour, beating compatriot Ha Na Jang with a birdie on the first hole of a playoff.

“You know, first time win is hard,” Choi said. “I cannot believe it. Hopefully, this is a turning point for me. … It’s been a long time, seven years. So, I was really, really excited and happy.”

In the playoff on the par-5 18th, Choi chipped onto the green from 87 yards and two-putted from 25 yards for the par – holing a 1-footer for the victory. Jang bogeyed the hole after hitting approach long into high rough.

Jang didn’t speak to the media after the round.

Choi opened with a 73, then moved into contention with rounds of 66 and 65.

“I made just made one birdie on Thursday,” Choi said.

Her father was a police officer before joining her on the course.

“I work with my father eight years and somebody say like that’s why I don’t win, just for my caddie,” Choi said. “So I’m so exciting with my father.”

Second-ranked Lydia Ko, the winner last year, had a 67 to tie for second with Shanshan Feng at 13 under. Fend also shot 67.

“I’m happy that I could give it a run for it to defend the title,” Ko said. “Seeing how average my first day score was, to be top five or whatever, I think it’s a good finish for the week.

“I played really solid the front nine, and that’s all I could really do. I know it would have been great if I could continue that on the back nine, but it just wasn’t going.”

Playing a group in front of the leaders, Ko was looking for a birdie on No. 18 to reach 14 under, but made a par.

Top-ranked Inbee Park tied for eighth at 10 under after a 70 while the top Canadian in the field was Alena Sharp who finished tied for 22nd.