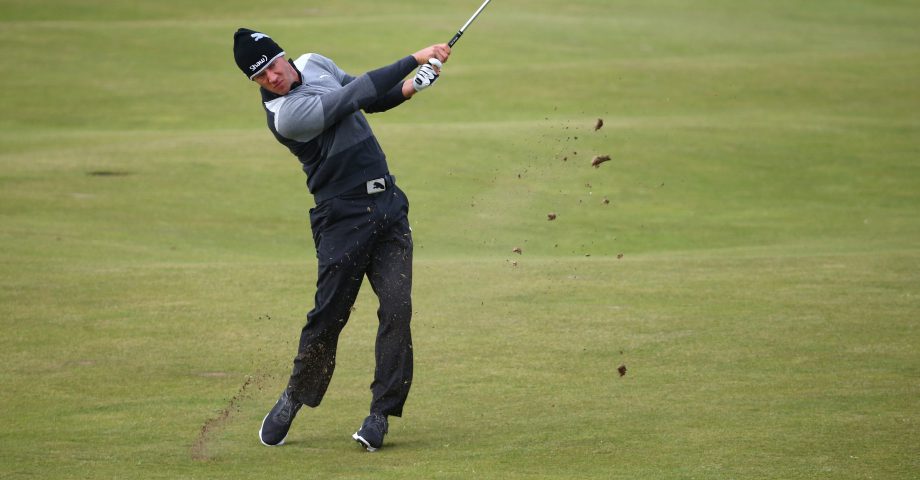 MARKHAM, Ont. – When Graham DeLaet checked his golf clubs with Aer Lingus for his transatlantic flight to the British Open, bewilderment followed.

After a series of Twitter posts from DeLaet, expressing concern that no one knew where they were, the clubs were delivered 54 hours later. When the Weyburn, Sask., native opened up his travel bag, he found dirty clubs that looked like they went through a battle.

“You just can’t make this stuff up,” DeLaet tweeted.

DeLaet went on to play St. Andrews after caddy Julien Trudeau cleaned up the clubs, tweeting a photo with the message, “like new.”

Even though the clubs were no worse for wear, DeLaet won’t have to have to risk the same aggravation on his way back to North America.

DeLaet is one about 30 golfers travelling from Scotland to Toronto on Golf Canada’s charter flight for the RBC Canadian Open. It’s an annual tradition that helps ensure a strong field for Canada’s national open the week after a major championship.

“It’s the single biggest thing that we’ve got going for us,” said Golf Canada chief championship officer Bill Paul, who’s in Scotland organizing the charter. “It’s a necessary perk that we have and a very, very valuable perk that we have.”

It became especially important when weather delays forced the first Monday finish since 1988. Paul had to adjust on the fly.

“That’s why we need someone over there because of things exactly like this,” Golf Canada CEO Scott Simmons said Sunday. “We’ve been working on this for months, but the schedule changes.”

Paul was the Canadian Open tournament director from 1993 until 2014 and has organized the charter since it began in 2007. The 56-year-old called it a huge expense but one that makes a difference in getting the best players to commit.

Of course the US$5.8 million purse and a winner’s share over $1 million aren’t too shabby, either.

“Once the players start to go to work on the golf course, you’re sort of at the mercy of them when they come off,” Paul said in a phone interview from St. Andrews.

Needing to figure out customs and other logistics along the way, Paul lined up three buses to leave St. Andrews at various times. His original target was for an 8 p.m. local time takeoff Sunday night, though of course the postponement turned it into a Monday night scheduled departure.

Paul is always thinking about what could change.

“If we’ve got the champion there, I’ve got to make a decision: Do we fly without him? Am I going to try to find another way for him back to Toronto?” he said. “There’s a lot of different scenarios.”

There’s certainly no shortage of demand. Start with Canadians DeLaet and David Hearn, add Team RBC golfers like Ernie Els, Luke Donald, Jason Day and Jim Furyk, and it’s not hard to fill up a plane.

It also nice that the flight is a direct trip from Edinburgh Airport to Toronto’s Pearson International, which is situated a short drive from Glen Abbey Golf Club.

“It’s just a convenient way to get there,” Paul said. “It’s not a luxurious thing. When you’re over the pond, you’re that far away, this just provides a hassle-free way of getting from one event to the other event.”

Simmons was at Hoylake last year and got a first-hand look at the charter’s smooth operation and appreciates its value to players.

“When you can make it that easy for them, it just gives them that much more opportunity to say, ‘Yeah, I’m going to come play Canada,”’ Simmons said. “These guys play week after week, after week, after week. At some point they have to take weeks off, so you don’t want to give them any reason to have our week as a week off.”