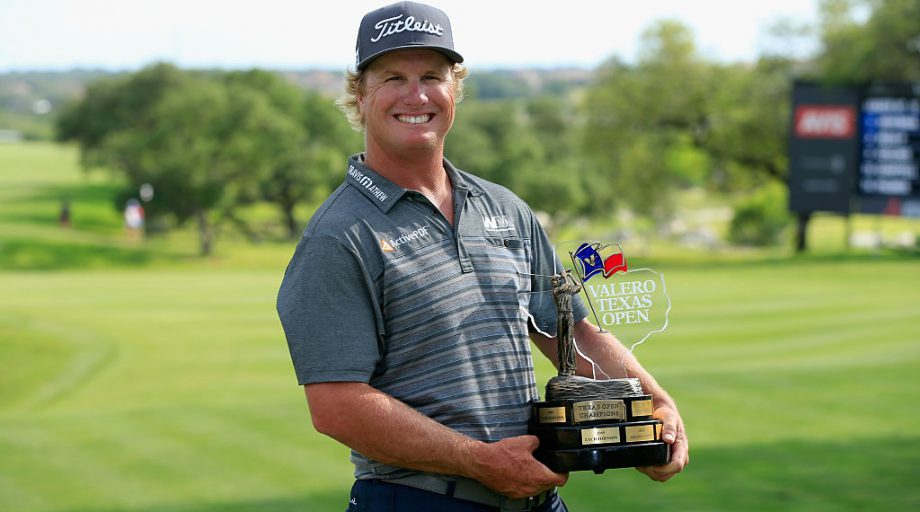 SAN ANTONIO – Charley Hoffman made a 9-foot birdie putt on the final to win the Valero Texas Open on Sunday.

The 39-year-old Hoffman closed with a 3-under 69 at TPC San Antonio for a one-stroke victory over Patrick Reed. Hoffman finished at 12-under 276 and earned $1,116,000 for his fourth PGA Tour victory.

Reed, who was born in San Antonio, put the pressure on Hoffman with a tap-in birdie at the 18th after reaching the fringe on the 595-yard hole in two. His shot to the green came from the left-hand rough, and had to clear an oak tree and creek in front of the green.

Hoffman followed by hitting his third shot from a greenside bunker to set up his birdie.

Chad Collins was a career-best third at 10 under after a 69. He birdied four of the last five holes.

Third-round leader Ricky Barnes, looking for his first PGA Tour win in 222 tries, stumbled to a 74 to drop into a tie for fourth at 9 under with Kevin Chappell (68), Billy Herschel (70), Ryan Palmer (69) and Martin Piller (70). It was a career best for Piller, the husband of LPGA Tour player Gerina Piller.

Reed pulled within a shot of Hoffman with a 23-foot birdie putt from the fringe at 15. Hoffman mised a 10-foot birdie try on the hole.

Reed missed a bending, right-to-left putt from 7 feet that could have tied Hoffman at 16, and missed a straighter putt from about the same distance on the next hole.

Piller birdied the 12th with a 14-foot putt to take a two-shot advantage over Reed and Hoffman.

But he gave it back with a double bogey on the par-3 13th. His tee shot plugged into the sand in the steep-faced bunker fronting the green. He blasted out – past the green – then chipped back and two putted.

David Hearn of Brantford, Ont., finished tied for 13th at 7 under while fellow Canadian Nick Taylor of Abbotsford, B.C., was tied for 21st at 6 under.