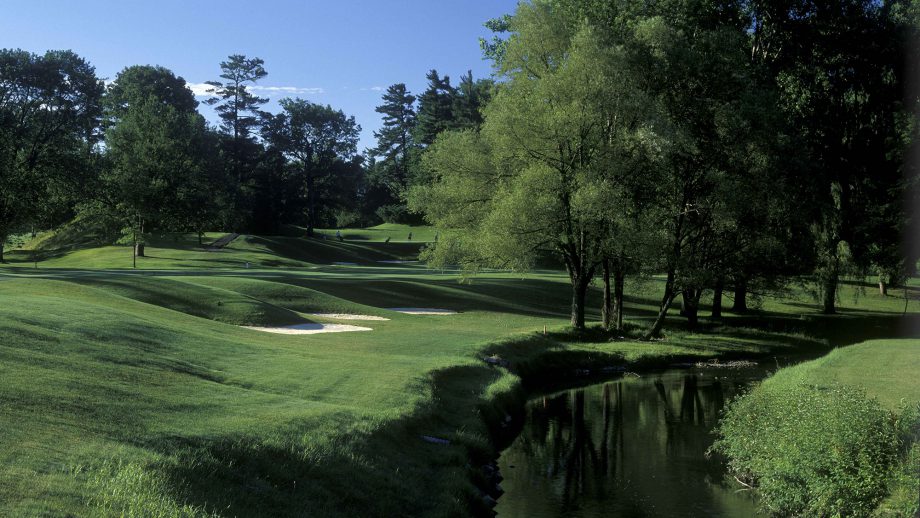 Every day, tens of thousands of harried commuters inch along in bumper-to-bumper traffic on Ontario’s major artery, Highway 401. Down the Yonge Street off-ramp they inch along like lemmings, heading for downtown offices. Few realize they are just a long par-5 away from one of Canada’s oldest and grandest golf clubs, Rosedale.

Founded 125 years ago, Rosedale Golf Club evolved from the defunct nine-hole Deer Park Club. The club relocated several times before settling in its present location, cradled in a verdant tree-lined valley, in 1910. A founding club in 1895 of what then was called the Royal Canadian Golf Association (now Golf Canada), it played host to the 1912 and 1928 RBC Canadian Opens, the 1912 Canadian Ladies’ Championship, the 1924 Canadian Men’s Amateur Championship, two PGA of Canada Championships and a variety of provincial amateur tournaments.

But, as Head PGA of Canada Professional Andrew Donaldson says, Rosedale’s members are content these days with keeping their oasis in the middle of Canada’s largest city just that—a quiet enclave with a tradition of understated elegance.

“Rosedale is known, but not known, if that makes sense,” says Donaldson. “A lot of golfers have heard of it, know its reputation as a great classic layout, but just aren’t sure where it is or exactly what it is.”

Member Club Spotlight: @Rosedale_Golf_Course Rosedale was founded in 1893 and is celebrating their 125-year milestone this weekend! Rosedale is proud to be an official Donald Ross course and is recognized as one of the best classic golf courses in Canada. The 18-hole private #golf course measures 6525 yards. • Rosedale Golf Club evolved from the defunct nine-hole Deer Park Club and relocated several times before settling in its present location in 1910. Rosedale hosted the 1912 and 1928 @RBCCanadianOpen, the 1912 Canadian Ladies’ Championship, the 1924 Canadian Men’s Amateur Championship, two @PGAofCanada Championships and a variety of provincial amateur tournaments. • #golfphotography #photography #golflife #golfstagram #golfcanada

Although the present layout originally was designed by Scottish-born Tom Bendelow, it was totally redone shortly after by famed American architect Donald Ross and the club is justifiably proud of that status.

Another note of historical importance is the fact that Rosedale was the home club of George S. Lyon, winner of the 1904 Olympic gold medal for golf in St. Louis. A stunning feat, no doubt, but so was his record here in the country. Picking up the game at 38, two years later, in 1898, he won the first of his incredible eight Canadian Men’s Amateur Championships

On Saturday, June 16, Rosedale Golf Club will officially celebrate its quasquicentennial—its 125th anniversary. The day will include welcoming back some of its professional alumni for a member-pro scramble, a hickory event courtesy of the Golf Historical Society of Canada, followed by a gala dinner.

Without a doubt, all will be conducted with the decorum and class that has typified stately Rosedale Golf Club throughout its admirable history and will do so into its future.