The case for choosing CCAA schools 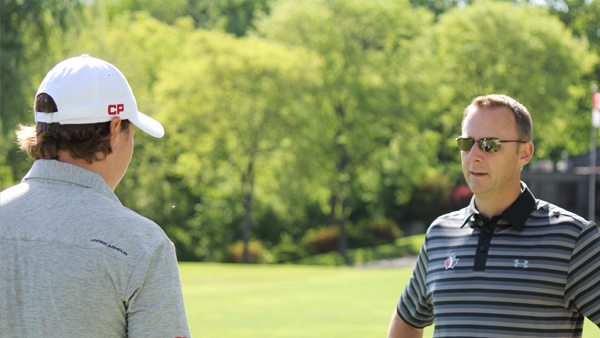 With the Canadian University/College Championship coming to a close last week, I was able to speak with National Amateur team players Garrett Rank (University of Waterloo grad), and Chris Hemmerich (Guelph University grad).

Hemmerich, a Kitchener, Ont., native, said the decision to study in Canada was an easy one.

“Looking back on my four years at Guelph, I wouldn’t change anything,” said the Commerce major. “I did everything that students would at NCAA schools on my own with additional support from Ralph Bauer (PGA of Canada professional), Golf Canada and Derek Ingram (Head Coach of Men’s National Team).”

Hemmerich also alluded to the growing status of the Guelph University program and CCAA golf in general.

“In my second year the program was completely revamped – we got a new coaching staff with a PGA of Canada professional on site to help us whenever we needed,” he said. “After that, the program just took off – I feel like that’s happening a lot around Canada.”

Hemmerich came out strong on Thursday’s opening round going 2-under through his first nine holes. Unfortunately, the two-time champion faltered down the stretch with three consecutive bogies to close out the round.

Despite missing the cut, Hemmerich was quick to pick up the positives and share his learnings from the event.

“Even if you make seven birdies and an eagle it doesn’t automatically mean you are shooting low,” he said with a smile. “I learned a lot about what I have to improve on in order to compete at the professional level.”

Garrett Rank, University of Waterloo graduate, shared similar feelings to Hemmerich in his decision to stay in Canada.

“I really like the idea that school in Canada was close to home and the fact that I could get a great education too it was really a great fit for me,” said the 26-year-old.

Rank spent five years at Waterloo and loved every minute of his time there.

“I was given so many opportunities and I really grew as a player and a person,” he said with confidence. “If I could do it all over again, I would pick Waterloo, no doubt.”

Men’s National Team Coach, Derek Ingram, had a different impact on his own school – the University of Manitoba.

Ingram was responsible for co-founding the school’s golf team (this year’s Canadian University/College Championship host), the University of Winnipeg Bisons. Along with Winnipeg’s Garth Goodbrandson, Ingram launched the team in 1999 to give students the opportunity to study in Winnipeg while continuing to develop their golf game.

“We created a program at the University of Manitoba because we saw way too many students go down south for half scholarships and still coming out in debt,” he said. “We wanted to give players that option to stay in Canada where they could continue to develop their game while receiving great support.”

“We really felt there was a need for it and we knew that there were other great golf teams out there in Canada. Thankfully, we were graciously given a grant to conduct the first championship, which really got the ball rolling.”

Having deep experience with University and College teams, Ingram explained that the decision of choosing a school is always unique to the player.

“Reality is, most kids dream of playing golf in the States,” he admitted. “However, the players that have stayed behind like Garrett (Rank) and Chris (Hemmerich) have found out that their experience has been beyond excellent. They played very good tournaments, had access to great golf facilities and received a really strong education. It is a very strong and viable option. ”

Lastly, he closed with some insight into the future of golf in Canadian schools.

“Now, you’ve got guys across Canada who are really into their golf programs – we’ve got 10-15 great programs instead of only two or three not long ago. I really do see more Garrett Ranks and Chris Hemmerichs on our National Team in the future.”

For a recap of this year’s Canadian/University Championship, click here