Cart driver charged after run-in with trooper at US Open 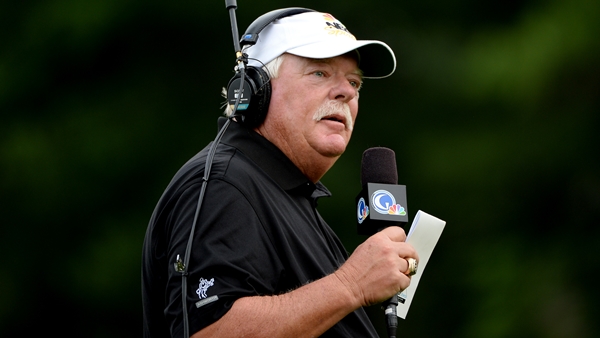 PINEHURST, N.C. – The man who drove NBC Sports analyst Roger Maltbie’s golf cart during the third round of the U.S. Open is facing four charges after an incident with a state trooper on the course, a North Carolina State Police spokeswoman said Sunday.

The trooper said Lineberry ignored instructions to stay put, then hit the officer with his golf cart.

Maltbie was walking Saturday with the final group of Martin Kaymer and Brendon Todd. Lineberry’s job is to drive Maltbie to get in position for the next shots.

An Associated Press reporter who witnessed the incident heard Lineberry tell the trooper, “I’m supposed to get the cart to Roger.”

“When a state trooper tells you to stop, THAT’S what you’re supposed to do,” the trooper responded, inches from Lineberry’s face.

The trooper was holding traffic behind a walkway as the players teed off on the 11th hole. He told Lineberry that the cart struck his leg. The trooper asked for any the names of witnesses, and three people in the gallery immediately handed him their business cards.

The trooper ran after and then collared Lineberry, quickly placing him in handcuffs.