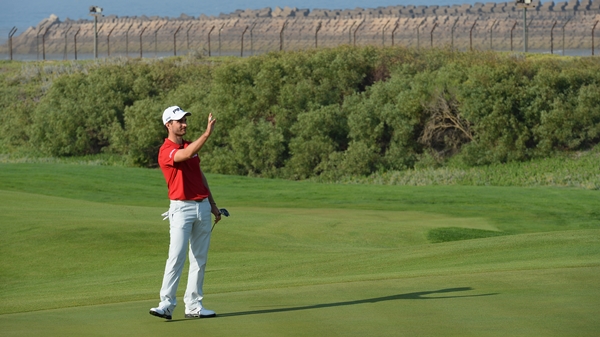 AGADIR, Morocco – Alejandro Canizares of Spain extended his lead to six strokes in the third round of the Trophee Hassan II after shooting a 3-under 69 on Saturday.

Leading since the first round, Canizares made four birdies and a bogey. He’s at 17-under 199 heading into the final round.

Seve Benson of England remained in second place despite carding a 74. He holed four birdies to offset three bogeys and a triple bogey.

Robert-Jan Derksen of the Netherlands climbed to third, one stroke behind Benson, by firing a bogey-free 67.

“It was tough today, especially on the front nine. The pins were difficult to get close to and some even difficult to two-putt,” Canizares said. “My idea was to get to 20 under, that was my focus. I was trying to look forward all the time, not behind me.”

Canizares won his only European Tour title at the Russian Open in 2006. He tied for fifth at the Qatar Masters in January.

Benson dropped three shots on the 12th hole by finding a bunker off the tee before sending his recovery shot into the water.

“I struggled just to get the ball pin-high,” Benson said. “I was happy with the way I came back with five or six holes to go, so there are positives going into tomorrow.”