Canadians Pendrith and Sloan in the Top 20 at Barracuda Championship 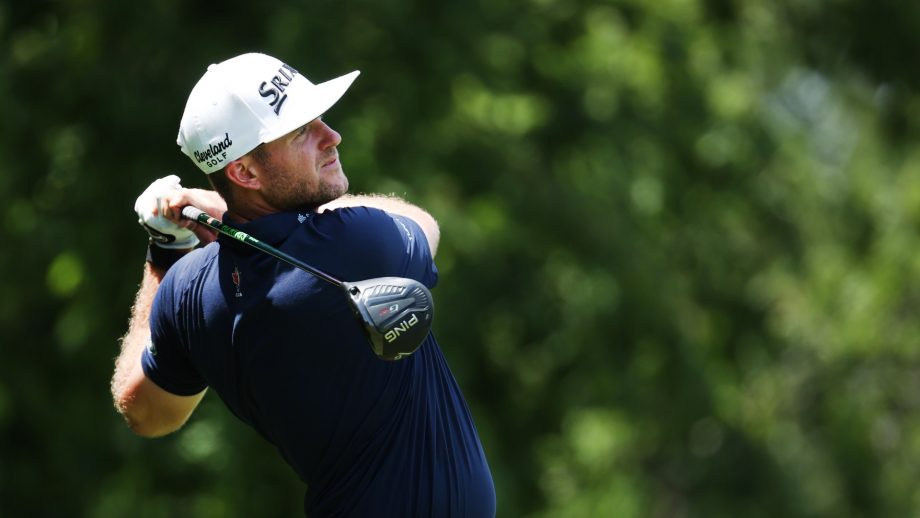 TRUCKEE, Calif. (AP) Adam Schenk birdied the par-4 18th in smoky conditions from wildfires Saturday for an 11-point round and a four-point lead in the Barracuda Championship, the only PGA Tour event that uses the modified Stableford scoring system.

Players receive eight points for an albatross, five for eagle, two for birdie and zero for par. A point is subtracted for a bogey, and three points are taken away for a double bogey or worse.

“I like the course,” Schenk said. “It’s just weird, I drove it really well last year, so I guess I just like the way the course sets up, suits my eye.”

Schenk, the 29-year-old former Purdue player seeking his first PGA Tour title, had seven birdies and a bogey in the third round to reach 38 points on Tahoe Mountain Club’s Old Greenwood Course.

“The course firmed up a little bit,” Schenk said. “Just driving it so nice so far this week, so the putter has not been as good as it’s been the first day, but I’m still rolling it nice. And if the driver continues tomorrow, it should be a fun day.”

Taylor Pendrith and fellow Canadian, Roger Sloan are in the hunt after the third round. Sloan sits tied for the 16th spot, locking in 11 points on Saturday.

Andrew Putnam, the 2018 winner for his lone PGA Tour title, was tied for second with Erik van Rooyen.

Putnam had a nine-point day, dropping three points with a double bogey on the par-4 16th.

“I think at the end of the day the player that plays the best is going to win,” van Rooyen said. “I don’t see why I have to be more risky.”

Because of concerns about the smoke, the tee times Saturday were pushed back.

The top 125 in the FedEx Cup standings after the Wyndham Championship next week will earn spots in the playoff opener at Liberty National. Schenk entered the week 113th, Putnam 104th, van Rooyen 139th, Piercy 144th and Dahmen 78th.

The winner will earn a spot in the PGA Championship next year but not the Masters because the event is being played opposite a World Golf Championship the FedEx St. Jude Invitational in Memphis, Tennessee.