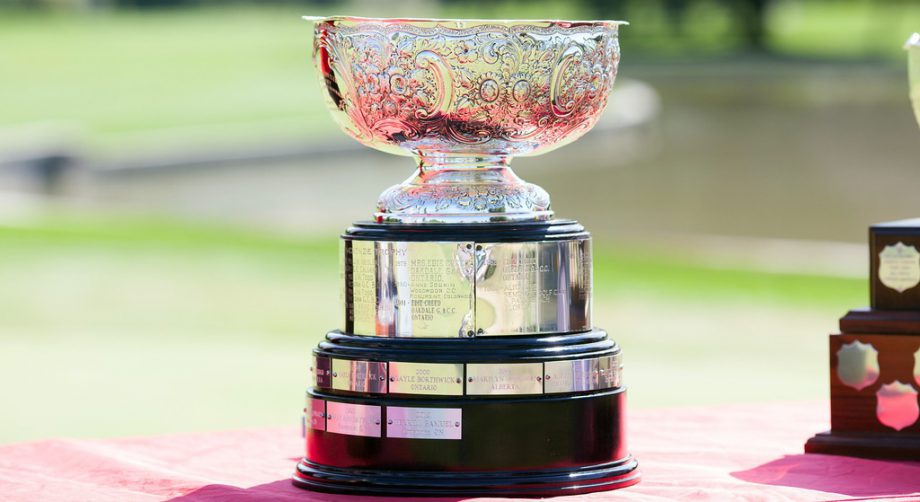 “The Canadian Women’s Mid-Amateur and Senior Championship will be an excellent showcase of Canada’s strong golf talent,” said Tournament Director Justine Decock. “We have had many Canadian Golf Hall of Fame members hoist the Ada Mackenzie Trophy and we will continue write the championship’s history this year at Sawmill Creek Golf Resort.”

Three-time champion Mary Ann Hayward, 55, captured back-to-back Canadian Women’s Senior titles in 2010 and 2011 before adding her third in 2013. The Aurora, Ont., native is a member of both the Ontario and Quebec Golf Halls of Fame, and was inducted into the Canadian Golf Hall of Fame in 2007. Hayward has four career victories at the Canadian Women’s Amateur Championship and holds the distinction of being the first Canadian to win the U.S. Women’s Mid-Amateur title.

Canadian Golf Hall of Famer and four-time Canadian Women’s Senior Champion Alison Murdoch, 65, of Victoria, B.C., along with two-time champion Jackie Little, 56, of Port Alberni, B.C., will look to add to their legacies at this year’s competition. Little and Murdoch finished in first and second place respectively at the 2015 British Columbia Senior Women’s Championship.

An inter-provincial team championship will take place in conjunction with the first two rounds of stroke play; Team Ontario won the championship by 16 strokes in 2014.

The champion of this year’s Canadian Women’s Senior division will gain an entry into the 2015 U.S. Women’s Senior Amateur at Hillwood Country Club in Nashville, Tenn., September 26 to October 1.

Additional information, including the full field and tee times, is available here.