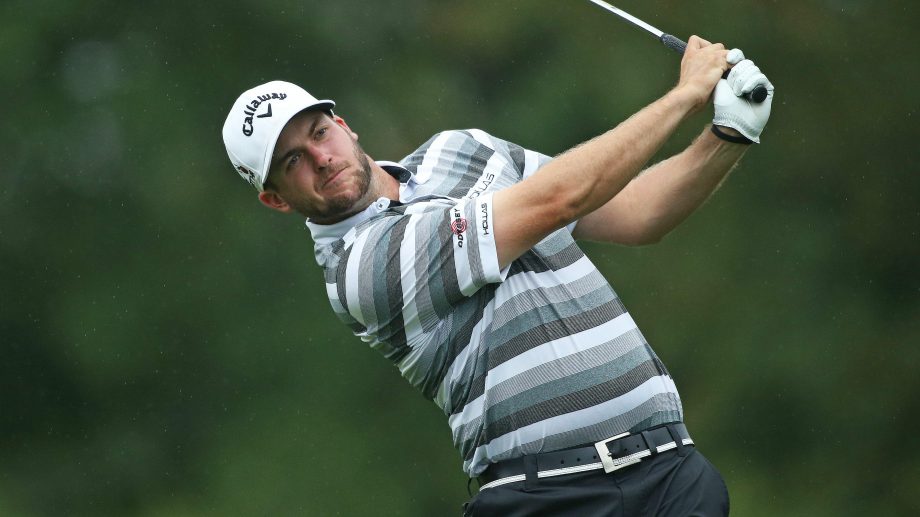 Caledon, Ont. — When Taylor Pendrith hits the golf ball, people take notice, especially when he does so in the General Toronto Area.

Growing up in Richmond Hill, Ont, about an hour east of TPC Toronto at Osprey Valley, site of this week’s Osprey Valley Open presented by Votorantim Cimentos and CBM Aggregaetes, Pendrith feels right at home on the North course’s fairways, proven by Thursday’s 9-under 63, which leads the tournament by one-stroke among those to finish their opening round.

“I’ve been out here a bunch, living kind of close by,” said Pendrith. “I didn’t play very well here last year, so this is a little redemption.”

Being one of the longest hitters on not only the Mackenzie Tour, but any Tour, Pendrith says the wide fairways suit his style of play, despite missing the cut at the event in 2018.

“There’s lots of drivers,” said the 28-year old. “I can cut it over a couple bunkers, which is an advantage for me, and I drove it fantastic today, hitting lots of fairways and giving myself some opportunities.”

Pendrith did his damage on the back nine on Thursday. Making the turn at 3-under, the Kent State alum made four birdies on his next five holes to move to 7-under.

“Honestly, on the front nine I missed two or three very makeable putts and I was a little disappointed to be 3-under through 8,” said Pendrith. “I was hitting it great, I think I only missed one green, so I had a lot of opportunities and I was able to get the putter going on the back nine.”

Finishing with back-to-back birdies, the second coming after a weather delay that lasted nearly two hours, Pendrith signed for his lowest score of the season, and best opening round since his 62 to open the 2018 Windsor Championship.

“I’ve been pretty close to having a good tournament, I just haven’t capped it off,” said Pendrith, who has one top-10 finish this season and is coming off a T16 at last week’s Windsor Championship. “I’ve been hovering around 25th going into Sunday and I’ve played OK. It’s nice to get off to a good start and hopefully keep it going.”

Paul Barjon, who continued his strong 2019 season by posting a bogey-free 64, looking for his fifth top-10 finish this season, and Jeremy Gandon trail Pendrith by one stroke.

Due to Thursday’s weather delay, play was suspended due to darkness and 19 players will return to finish their opening rounds at TPC Toronto at Osprey Valley on Friday morning at 8:15 A.M., while second round tee times will begin at 7:15 A.M., as originally planned.