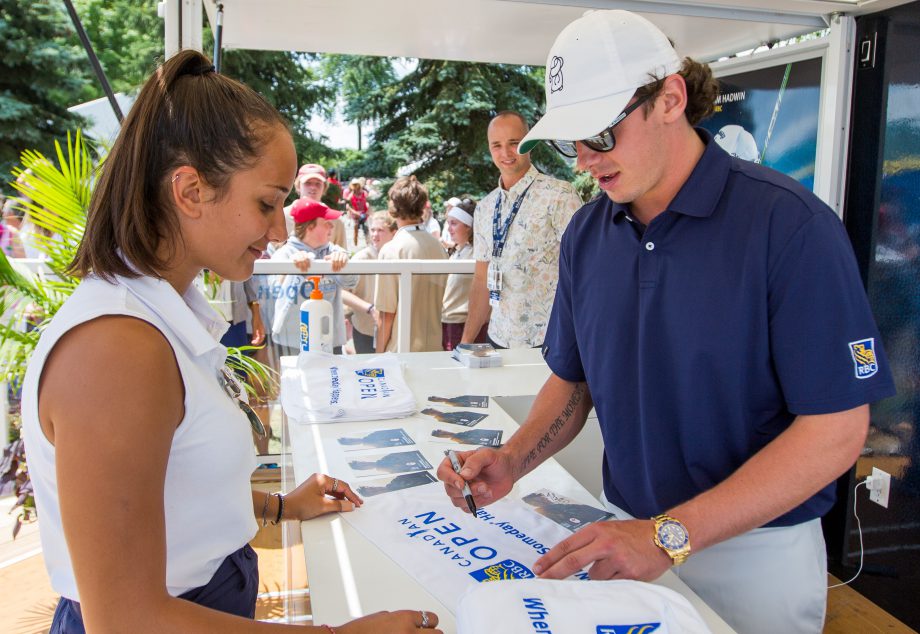 OAKVILLE, Ont. – One sport involves hurdling off snow-covered jumps as music blares in front of rabid fans. The other is played on manicured grass.

Still, Canadian Olympic snowboarder Mark McMorris sees a lot of similarities between his craft and the golfers he’s been watching this week.

“The littlest adjustments can make the biggest difference,” McMorris said Friday as he took in the second round of the RBC Canadian Open. “If you tuck a little bit too much in snowboarding, you might start spinning or flipping faster. I feel like we might have a little bit more room for error than the golfers.

“Our errors are a little bit more consequential to our well-being, but there can be some big financial errors for these guys.”

Speaking just off the 17th tee at Glen Abbey Golf Club, McMorris knows more than he cares to about consequential errors.

The 24-year-old from Regina was nearly killed in a March 2017 snowboarding accident in British Columbia’s backcountry when he crashed into a tree.

McMorris suffered breaks to his jaw and left arm, a ruptured spleen, a stable pelvic fracture, rib fractures and a collapsed left lung – 17 broken bones in all.

He had to be airlifted off the mountain before spending 10 days in a Vancouver hospital and was on a liquid diet for six weeks.

But McMorris somehow rebounded in time to capture bronze in men’s slopestyle at the Pyeongchang Winter Games for his second Olympic medal.

The echoes of those horrific injuries, however, continue to linger.

“I’m still not normal,” he said of the pain that remains nearly 16 months later. “I have plates in my face, plates in my arm, plates in my leg. My main focus is on mobility because it tightens up on me.

“It’s pretty impressive what the human body can do, given the circumstances.”

McMorris, who is sponsored by RBC, said he chatted with world No. 1 golfer Dustin Johnson and Canada’s Adam Hadwin at the US$6.2-million tournament, just the latest stop on what has already been a whirlwind summer.

He got to ride a horse as marshal of the Calgary Stampede Parade earlier this month and helped give away a car at a recent music festival.

“All these neat opportunities that you’d never think riding a piece of wood down a mountain would bring to me,” said McMorris, who plays about five or six rounds of a golf a summer. “I live a pretty strange life with the weird things I get to do because of snowboarding, but it is nice to be around an event like this and to see all the world’s best coming up to Canada.”

Stuck rehabbing injuries the last two summers, including from the accident that nearly took his life, McMorris is happy to let things come his way when he’s away from the mountain.

That might not have always been the case in the past.

“I don’t think I ever took anything for granted, but I definitely don’t now,” he said. “I wake up every day and go, ‘OK this is way better than when I was almost dead.’ I try to take things at a slower pace now. I don’t need to rush to get back to snowboarding. I really appreciate my time in it, but I love my time off.

“I’m very thankful for the life I lead, and I’m more thankful than I’ve ever been.”