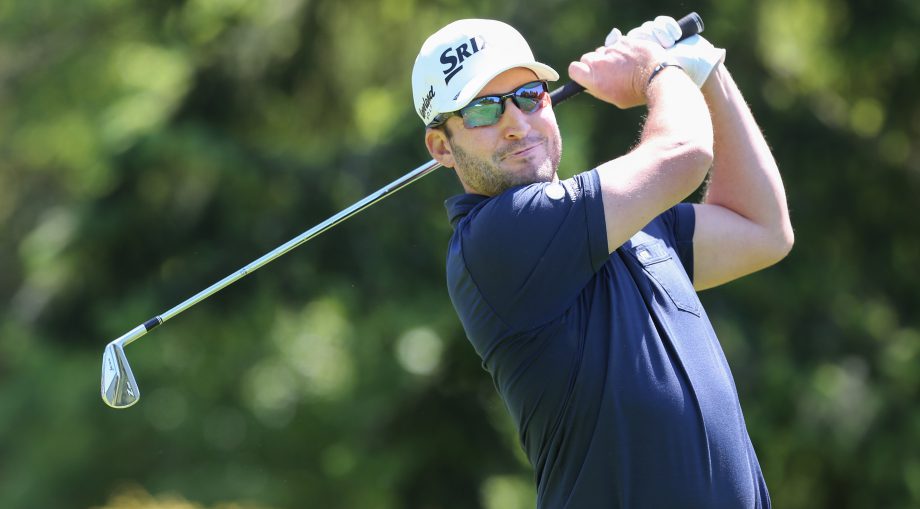 KELOWNA, B.C. – Syracuse, New York’s Dan McCarthy holed out for eagle on the 18th hole to shoot an 8-under 63 on Saturday at Gallagher’s Canyon Golf and Country Club to take the 54-hole lead at the inaugural GolfBC Championship, the third event of the Mackenzie Tour – PGA TOUR Canada season.

The current Mackenzie Tour Order of Merit leader holed out with a wedge from 103 yards to jump in front of Vancouver, British Columbia’s Ryan Williams with one round to go and will look for his second win in three starts to kick off the season on Sunday.

“That was an unbelievable finish certainly. It was a good number but you never expect to jar one,” said McCarthy, who captured his first Mackenzie Tour win two weeks ago at the Freedom 55 Financial Championship.

Already firmly in the No. 1 spot on the Order of Merit – and in position to earn exempt status on the Web.com Tour for 2017 – McCarthy refused to get ahead of himself and said he would try to finish strong on Sunday to build his Order of Merit lead.

“If I said I hadn’t thought about it, I’d be lying,” McCarthy noted about his strong play to start the season and Order of Merit position. “There’s a long way to go with 18 holes tomorrow. I’ve got a two shot lead and I’m going to need every one of them. Ryan’s a great player and there are a lot of guys behind me making birdies as well.”

Williams, who carded six birdies and no bogeys on the day for a 6-under 65, said he was looking forward to a chance to play in the final group with McCarthy. The twosome will tee off at 12:15 p.m. on Sunday.

“There’s always a little bit more pressure the last day, and always a lot more to play for, so I’m just going to go out and play the best I can and hopefully it’s good enough,” said Williams.

Two shots further behind Williams was 54-hole leader Caleb Sturgeon, who managed a 2-under 69 on Saturday to reach 14-under.

Victoria’s Cory Renfrew sits in fifth at 12-under.