Canadian Pacific Women’s Open will be a major event 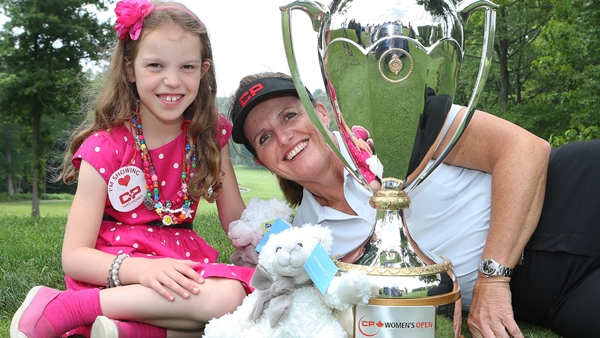 The first time the LPGA visited the London Hunt and Country Club was in 1993 when Brandie Burton defeated Betsy King on the first playoff hole in what was then called the du Maurier Classic.

Coincidentally, it was the first time I had been there, too, and to say I was impressed was an understatement.

Since then, being impressed when at this historic club has become a theme for anyone fortunate enough to enter the gates. Sure, it is a pleasure to play, but when you are there, as a player or spectator, for a major event, it is even more impressive.

I guess I should put “major” in quotation marks, as next week’s Canadian Pacific Women’s Open is just that, in everything but official status. Our national women’s Open was an LPGA major from 1979 to 2000. Despite the loss of that elite status, it continues to be one of the most prestigious championships on the women’s circuit.

When the LPGA returned to London Hunt in 2006, the atmosphere was fantastic. The aura definitely was that of a major. Crowds of upwards of 20,000 showed up every day to watch Cristie Kerr come from eight shots back starting the final round to edge Angela Stanford by a shot.

Next week’s championship will be the inaugural Canadian Pacific Women’s Open, as the railroad company takes over sponsorship from Canadian National without missing a beat. The US$2.25-million purse is among the largest on the LPGA Tour, matching this week’s Wegman’s LPGA Championship in fact. Tournament Director Brent McLaughlin said in a conference call Monday that not only the purse is exceptional, but so are the course conditions and the spectator experience opportunities.

At 17, LPGA rookie Lydia Ko has won our women’s Open the past two years, as an amateur, no less. She turned pro last October. This teen phenom was on Monday’s conference call as well, and raved about the overall experience, a feeling she says is shared by her colleagues on tour. She enthused over the course, the fans, and the superior tournament operations overall.

One of the most outstanding initiatives of this year’s championship is the Ticket Rally for Heart. For every ticket purchased before tournament week begins on Aug. 17, CP will donate $100 to the event’s official charity, the Children’s Health Foundation, which provides cardiac research and care of children from the London area and across southwestern Ontario.

On Monday, McLaughlin said the amount raised so far is nearing half a million dollars.

Now, that would be “major.”

(You can do your part by ordering your Canadian Pacific Women’s Open tickets before August 18th at www.cpwomensopen.com.)