Canadian Nesbitt shoots Sunday 62 on his way to first title 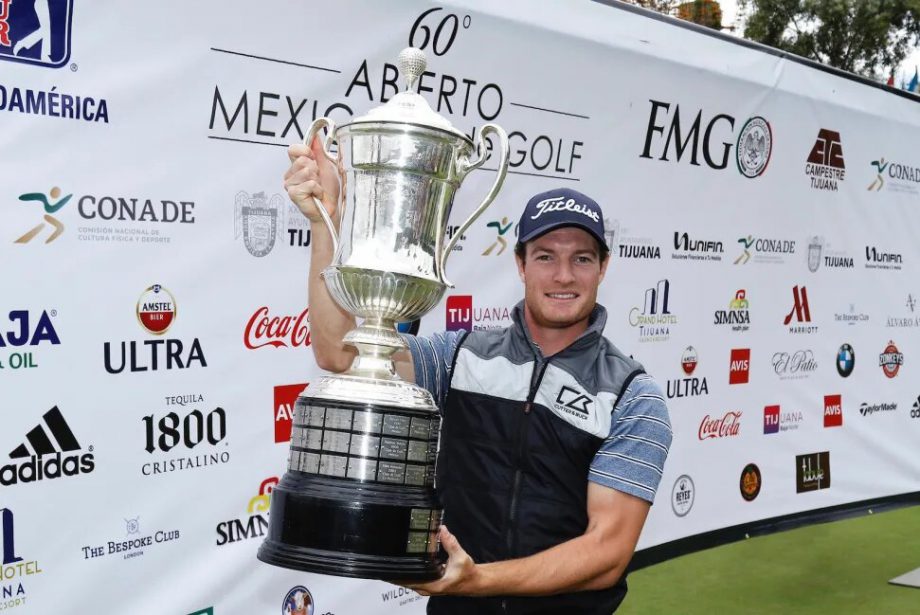 The win catapulted Nesbitt from 85th on the Order of Merit when the week began to No. 9. Besides the $31,500 payday, Nesbitt also qualified for next week’s Bupa Match Play, open to the top-60 money-winners through this week’s tournament. Nesbitt, completing his round about an hour before the final group finished, closed the tournament in style, banging home a 45-foot birdie putt on No. 18 to post at 17-under, a total no one could match. He then waited around the clubhouse to see if his number would hold up. It did.

“Those are the moments as a kid you dream of. You watch on TV and those Tiger (Woods) moments when he makes those long putts. You hope one day that can be you, and today was that day,” said Nesbitt of both his win and his final stroke of the tournament. “It just turned out that I hit a great putt, and it went in.

“It was the cap off to a perfect week,” continued Nesbitt, whose previous-best PGA TOUR Latinoamerica finish was that tie for 21st in Argentina earlier this season, at the Molino Cañuelas Championship. He tied for 49th at the JHSF Brazil Open last September, the week of his second-round 59.

Sunday, Nesbitt did most of his damage on the front nine, opening his day with a birdie and adding three more birdies plus an eagle, at No. 9, to turn in 29. He had one bogey on the back, at the par-4 12th, but he more than made up for that miscue with birdies at Nos. 10 and 15 and the dramatic putt at the 18th.

Matt Ryan and Silva, the co-54-hole leaders, couldn’t seem to get too far out of neutral Sunday. After making eight consecutive pars midway through his round, Ryan moved to within one shot of Nesbitt when he birdied the 15th. He gave that stroke right back with a bogey on the par-3 16th and added another bogey at No. 17 to end his chances with an even-par 70. Silva, meanwhile, started slowly, with bogeys on two of his first three holes but was back to even-par when he made the back-nine turn. He managed only one birdie the rest of the way, with eight pars.

Silva’s tie for second was a career-high performance, while Ryan tied for fourth with Monday qualifier Matthew Pinizzotto, Sulman Raza and Rodrigo Lee.