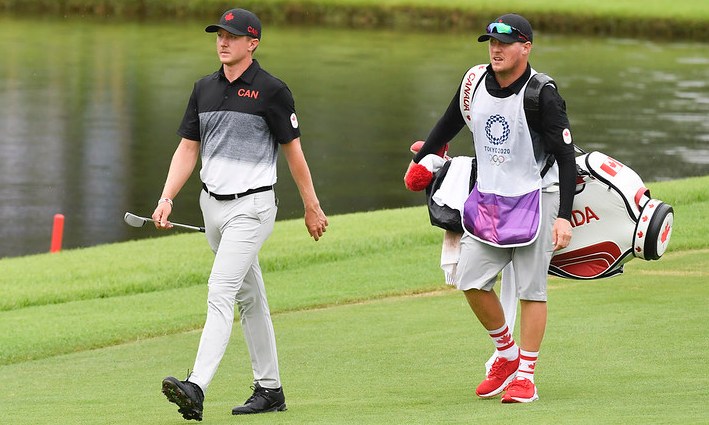 Both Canadians slipped down the leaderboard during the second round of the men’s Olympic golf tournament in Japan on Friday.

Corey Conners of Listowel, Ont., is tied for 34th overall at 2-under par thru 16 holes.

Due to lightning, the second round was suspended at 11:57 a.m. and resumed at 2:21 p.m., a delay of 2 hours, 24 minutes. Another thunderstorm forced the second round to be suspended for the day at 5:20 p.m. with 16 players left to complete round two. Play will resume at 7:45 a.m. Saturday morning with round three scheduled to start at 9:03 a.m. off split tees.

American Xander Schauffele leads at 11-under par with rounds of 68-63. Schauffele’s father, Stefan, is French/German and grew up in Germany as an Olympic decathlete hopeful before a car crash with a drunk driver caused loss of vision in his left eye, ending his Olympic dream at age 20