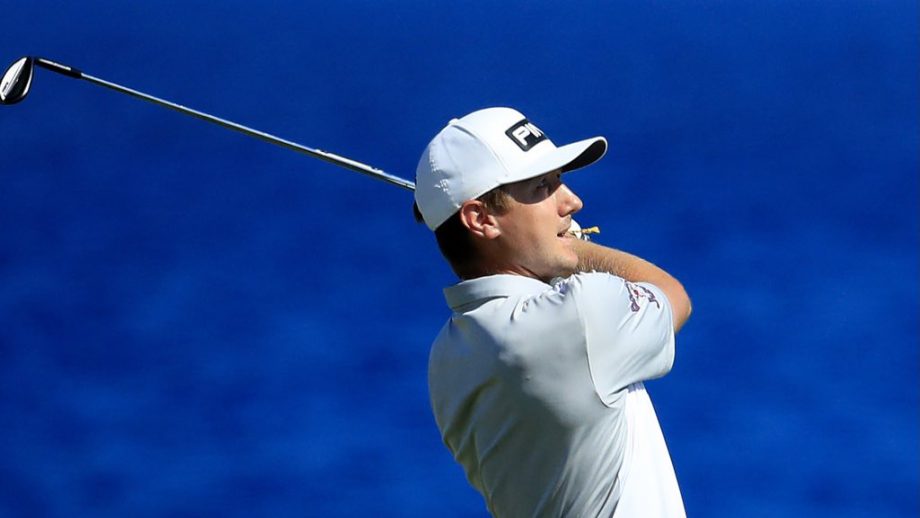 PUNTA CANA, Dominican Republic – Hudson Swafford lost control of the tournament without ever losing any confidence he could hit the right shot when it counted.

Standing in the 13th fairway Sunday in the Corales Puntacana Resort and Club Championship, he had a four-shot lead. Walking off the 15th green, he was tied.

“Honestly, I one bad golf shot all day,” Swafford said of his 9-iron that he didn’t finish and led to the bogey on the 15th.

With the tournament on the line, he delivered.

Swafford hit a three-quarter 6-iron on the par-3 17th to 10 feet for birdie to regain the lead, and then reminded himself how well he had been putting when he stood over an 8-footer for par on the final hole for the victory.

He closed with a 3-under 69. The birdie on the 17th allowed him to break out of a tie wit Tyler McCumber and Canadian Mackenzie Hughes, and the par putt on the 18th avoided a playoff with McCumber.

It was his second career victory on the PGA Tour, the other coming at the Desert Classic in January 2017. That was a year before he missed time with a rib injury, which was followed by foot surgery in the summer of 2019.

Swafford hopes he’s on the right path again. The victory gets him into the Masters next April, which will be his first major since the 2017 PGA Championship.

McCumber rolled in a 25-foot birdie putt on the 18th for a 66. In the group ahead of Swafford was Hughes, who made bogey from short of the 18th green for a 70 to fall two shots behind.

Swafford was on the front portion of the green and left his 40-foot putt up the ridge 8 feet short. He made that for the win, finishing at 18-under 270.

Swafford was playing on a medical extension from his foot surgery and now gets a two-year exemption, along with invitations next year to the Masters and PGA Championship, along with the Sentry Tournament of Champions on Maui.

McCumber was bogey-free in the final round and never seemed to be part of the picture until the end. He worked his way around the back nine with a collection of tough par saves, birdies on the par 5s and then a must-make birdie on the 18th.

Adam Long, the 54-hole leader, shot 38 on the front and close with a 75 to finish fifth, four shots behind.

Swafford nearly stumbled to the finish line. Staked to a three-shot lead at the turn, he missed good birdie chances with a 6-foot putt on the 11th hole and a 7-iron for his second shot to the par-5 12th. But he pulled that enough to go down to a steep collection, the first chip came back to his feet and he had to hit a super pitch to escape with par.

On the next hole, he wasn’t so fortunate.

From left of the 13th, another chip came back down the hill. His next chip was 12 feet short and he missed the putt, taking a double bogey. Ahead of him, Hughes, from Dundas, Ont., birdied the par-5 14th. And when Swafford missed the 15th green from the fairway and failed to get up-and-down, he was tied.

The 6-iron to the 17th, where so many other players had come up short, changed everything.

Will Zalatoris, coming off a tie for sixth in the U.S. Open, tied for eighth. Zalatoris, who plays the Korn Ferry Tour but cannot get a PGA Tour card until next year, can get into the next PGA Tour event because of his top-10 finish.

David Hearn of Brantford, Ont., tied for 33rd at 7 under.