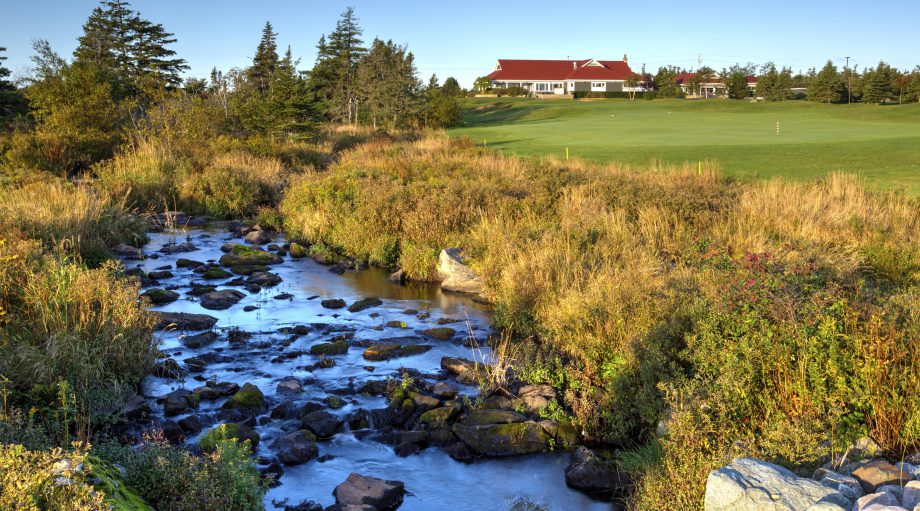 JOHN’S, N.L. – Nestled in the northeast end of St. John’s, Clovelly will open its gates to the country’s talented golfers for the 2016 Canadian Junior Boys Championship. The 78th playing of the tournament from August 1-4 will see players from across the nation vying for the national title, including Team Canada’s Development Squad and five regional winners from the CN Future Links Championship series.

Clovelly is home to a pair of Graham Cooke designs: Black Duck and The Osprey – at which the competition will be conducted. The Osprey winds through the picturesque landscape of the Avalon Peninsula, boasting natural wetlands, scenic ponds and lush forests of black spruce and balsam fir.

“Our tremendous staff has worked very hard and The Osprey is in great shape. The community of St. John’s is extremely excited to bring an event of this calibre to Newfoundland,” said Judy Dobbin, Managing Director of Operations and the owner of Clovelly. “We look forward to hosting Golf Canada and this strong field through what is sure to be a great week of golf.”

This tournament has served as a significant milestone in a number of professional and amateur careers. Before playing on the PGA Tour, Abbotsford, B.C., native Nick Taylor captured the 2006 Canadian Junior Boys title. The championship counts Canadian Golf Hall of Fame members Doug Silverberg, George Knudson, Gary Cowan and Doug Roxburgh among its winners.

“Golf Canada is pleased to return to Newfoundland and its fantastic fans of the sport,” said Tournament Director Dan Hyatt. “We have always received a warm welcome here and we truly appreciate that support. Clovelly will be a great platform to showcase the talents of our players.”

In 2015, Charles-Éric Bélanger claimed victory on the first playoff hole at Summerlea Golf & Country Club in Vaudreuil-Dorion, Que., to win the Canadian Junior Boys Championship. At season’s end, the Québec City native was named to Team Canada’s Development Squad and would go on to finish atop the CN Future Links National Junior Boys Order of Merit. The 17-year-old returns in hopes of becoming the championship’s eighth back-to-back winner and its first since Mitch Sutton accomplished the feat in 2008-09.

Bélanger will be joined by his four Development Squad teammates, including A.J. Ewart who finished 5th in 2015. The Coquitlam, B.C., product is hoping runner-up results at the B.C. Junior and Amateur Championships can translate into success on the national stage. CN Future Links Pacific champion Tony Gil of Vaughan, Ont., fellow Ontarian Thomas ‘Jack’ Simpson of Aurora and Calgary’s Alexander Smith will complete the national team contingent in the field.

Joining Gil as 2016 CN Future Links champions in the competition are Callum Davison of Duncan, B.C., who won the Québec edition of the junior championships, Peyton Callens from Langton, Ont., who claimed the Prairie edition, Calgary’s Brendan MacDougall who captured the Western title and Atlantic champion and Fredericton, N.B., native Calvin Ross.

In 2015, Team Québec claimed victory in the inter-provincial team competition played concurrently over the first two rounds. The 16-and-under Juvenile Championship will be contested alongside the tournament’s four rounds.

In addition to the Canadian Junior Boys title, the 2016 winner will receive an exemption into the 2016 Canadian Men’s Amateur Championship.

For more information about the competition, including the full field and tee-times, please visit the tournament’s website.