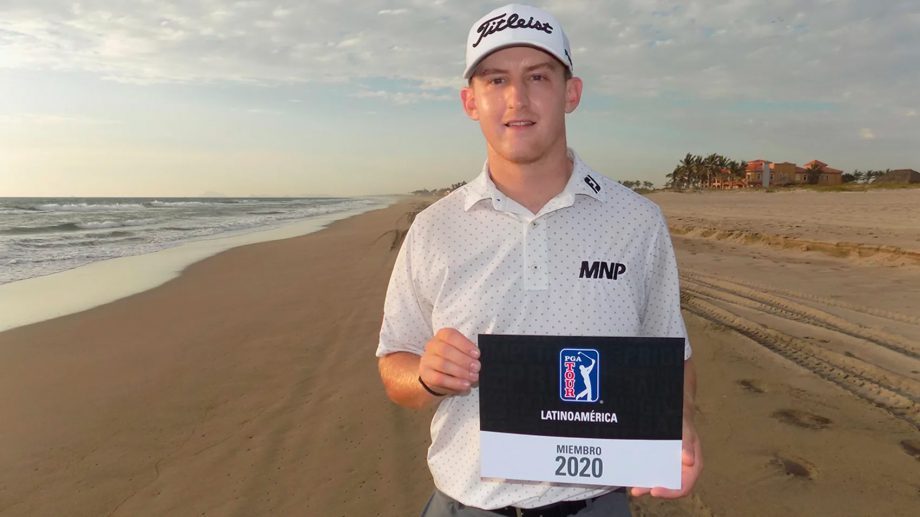 MAZATLÁN, Mexico—Holding a one-shot lead through 54 holes, Canada’s Jared Du Toit kept the pedal down Friday for a two-shot victory at the PGA TOUR Latinoamérica Qualifying Tournament Mexico in Estrella del Mar Golf & Beach Resort. The 24-year old shot 5-under 67 in the final round to finish the week at 22-under 266. As the medalist at the event, Du Toit secured exempt status for the entire 2020 PGA TOUR Latinoamérica season that will begin 48 days from today at this same venue on the Mexican Pacific Coast.

Mexico’s Juan Carlos Benítez carded a 7-under 65 to claim runner-up honours, at 20-under, to lead a group of 11 players who made it inside the top 12 to earn exempt status for the first half of the season. In all, there were 37 players who walked away as 2020 PGA TOUR Latinoamérica members. The ones finishing between a tie for 13th and a three-way tie for 35th will have conditional status for the first half of 2020.

“Definitely feels good to get it done, (I’m) exited for the year,” said Du Toit about his solid week that will allow him to return to PGA TOUR Latinoamérica for the third consecutive year. “I feel like I’m learning more and more about myself and my golf game and what areas I need to improve on. I’m working on those areas lots, and this win is very validating to that.”

Du Toit opened the final round with birdies on Nos. 1 and 5, going back and forth with Anthony Paolucci, who birdied Nos. 1, 4 and 6 to run into a tie for the lead twice in that stretch. A strong finish to the front nine, with birdies on Nos. 7 and 9, allowed the Canadian to open a two-shot lead, which he expanded to four with an eagle on 11.

“The whole front nine I was never out of position. I hit a lot of good shots and just kind of made the putts that I was supposed to make. I was really happy with my front nine, and that eagle on 11 was very nice, as well. It gave me a couple-of-shots cushion before the hard holes because that closing stretch with this wind can play a little tough,” said Du Toit.

Paolucci birdied No. 14, and with Du Toit bogeying the 15th, the lead was down to two. “I had a seven-footer for birdie on 15 that could have gotten me a little closer, but Jared made a great up and down on 16 to keep his two stroke lead, and then I made bogey on 17,” said Paolucci about his final stretch where he was unable to put enough pressure on the leader.

Playing on the other side, Benítez quietly moved into contention. “I was playing so well my last few holes. I thought I could be near the leaders and you never know. I loved the fact that I kept making birdies and climbing up the leaderboard, trying to go as low as possible as I could,” said Benítez, who shot 5-under on the front-nine for a 65 that moved him past Paolucci for a solo-second finish.

Jared Du Toit is the second Canadian player to win this Qualifying Tournament at Estrella del Mar? In 2016, the first time PGA TOUR Latinoamérica staged the event here, his countryman David Rose was the one claiming medalist honours. There were three U.S. medalists in between the Canadians’ wins.