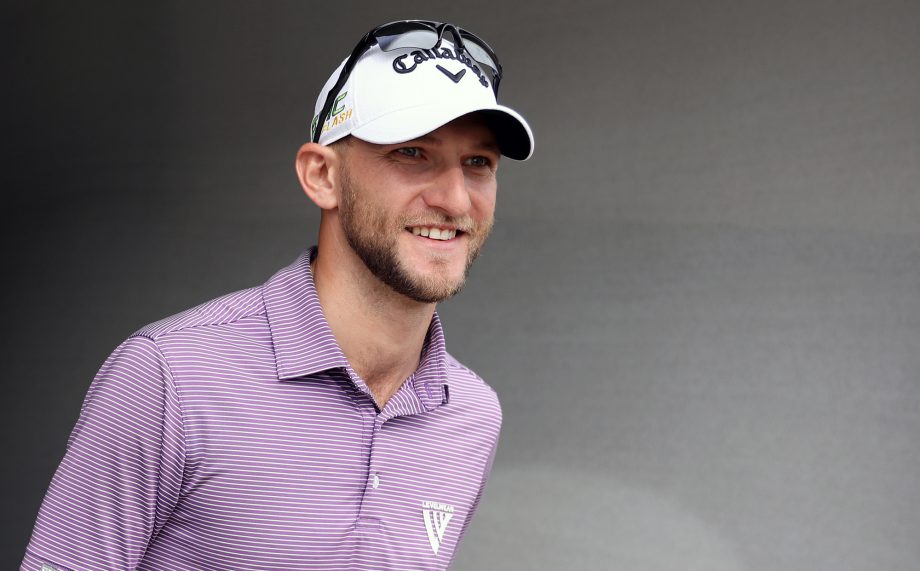 Never afraid to try something new, Team Canada alumnus Blair Hamilton decided to attend a 10-day silent retreat in Southern Alberta this past off-season to improve his mental game.

The talkative Hamilton found the experience challenging but rewarding. Communication among the 70 students living at the Vipassana centre was forbidden, with long days focused solely on how to clear the mind.

“The first bell goes at 4:30 in the morning, you meditate from 4:30 to 6:30, then you break down for breakfast,” said Hamilton on Tuesday after completing the first round of the PGA Tour Latinoamerica’s qualifying tournament in Howey-in-the-Hills, Fla. “Then you’re meditating in different sessions, but pretty much constantly until lunch, and then you meditate from, I think it’s 2:30 until 9 p.m. and it’s all guided meditation,

“The whole purpose of this is to teach you to observe the things that come into your mind and not react to them and disassociate from your ego. Your ego by definition would be a false sense of self, whether it’s telling you that you’re super good or super bad. You know, that’s just the thing in your mind.”

Attending the silent retreat came at the suggestion of his mentor Kaz Hashimoto, a Silicon Valley entrepreneur who is the co-founder of Pink Zulu Labs. Hashimoto and Hamilton first connected last season when the 26-year-old golfer reached out to a variety of leading figures in different industries – including Canadian astronaut Chris Hadfield – to pick their brains on how they excelled in their field.

Hashimoto and mental performance coach Paul Dewland are helping Hamilton improve his psychology because he believes that’s what separates golf’s very best players from the rest of the pro ranks.

SCOTTSDALE, ARIZONA – JANUARY 31: Blair Hamilton of Canada plays his shot from the 16th tee during the first round of the Waste Management Phoenix Open at TPC Scottsdale on January 31, 2019 in Scottsdale, Arizona. (Photo by Christian Petersen/Getty Images)

“If you were to line up a guy on the Mackenzie Tour, PGA Tour China, PGA Tour Latinoamerica, Korn Ferry Tour and PGA Tour on the range and you’re watching them hit and you just brought in a random person and said, ‘Tell me who’s on which tour,’ they wouldn’t be able to say,” said Hamilton. “Everyone at the level can hit the golf ball, no problem, but it’s the very little mini things that make all the difference.

“If you can save half a shot a round that’s two shots on the total tournament. I mean, that’s the difference of finishing, you know, seventh or third or third and first.”

After hopefully qualifying for the Latinoamerica circuit for the third consecutive year, Hamilton plans to do some mini tour events in Florida and some qualifiers for the Korn Ferry Tour’s events in Colombia, and Panama.

If Hamilton does qualify for the PGA Tour Latinoamerica, then it will be down to South America, playing golf and keeping up with a hectic travel schedule that is akin to crisscrossing Canada on a weekly basis.

“We spend quite a bit of time down in Argentina which, you know, a direct flight from Toronto’s about 11 or 12 hours,” said Hamilton, who is currently based in South Florida. “We’ll be going to Argentina, Chile, Peru, Colombia all over the continent down there.

“It’s not uncommon to have a five-hour flight between events, which is like flying Toronto to Vancouver.”

One of the highlights of his time playing golf in South America is his unlikely friendship with caddy Leandro Ferreyra.

Hamilton was competing in a tournament in Cordoba, Argentina, and Ferreyra was caddying for one of the other golfers in his group. Afterwards, the pair connected on Instagram and Hamilton asked Ferreyra if he wanted to be his caddy at another event in Argentina.

Since then, they’ve teamed up at five or six events and have become close friends.

“I find that people in Latin America, they’re quite loyal. They’re loyal friends and when they care about you, they truly care about you,” said Hamilton. “His family always sends me messages, just checking in and stuff like that. You build friendships like that.

“Who would have thought that me and Leandro, this guy that’s 40 years old from Cordoba, Argentina, would become close friends? Golf’s kinda funny that way.”