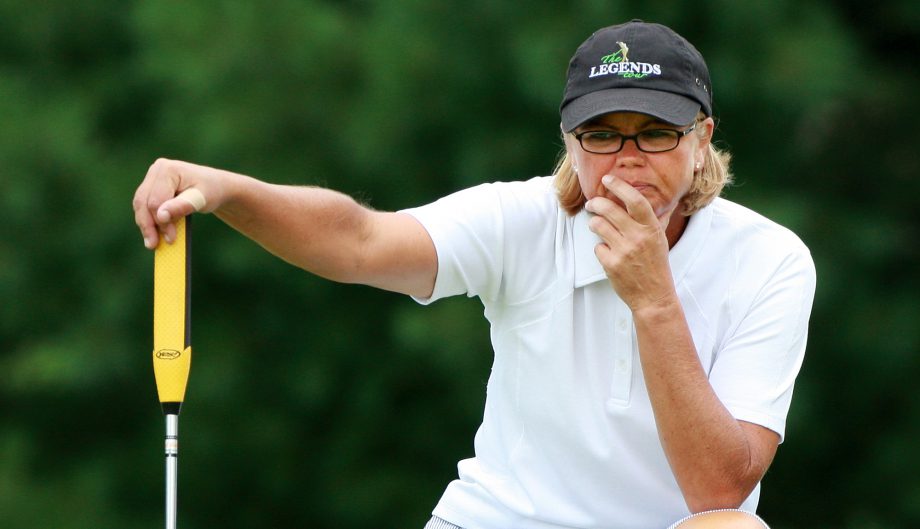 It is with great sadness that Golf Canada, the Canadian Golf Hall of Fame and the entire golf community mourns the loss of Dawn Coe-Jones who passed away on November 12, 2016 at the age of 56.

Born October 19, 1960 in Campbell River, B.C. and raised in Lake Cowichan, B.C., Coe-Jones was diagnosed with bone cancer (sarcoma) earlier this year. Following months of aggressive treatment, she passed away peacefully in hospice near her home in Tampa, FL surrounded by family and friends.

Dawn Coe-Jones is survived by her husband Jimmy, son Jimmy Jr. brothers Mark and John Coe, the extended Coe and Jones families and countless friends across the Canadian and international golf community.

Coe-Jones is one of Canada’s most accomplished golfers as an amateur as well as during a distinguished career on the LPGA Tour.

An NCAA All-American at Lamar University, Coe-Jones qualified for the LPGA Tour in 1984.

Over a 24-year career on the LPGA Tour (1984-2008), Coe-Jones had three official LPGA Tour wins—the 1992 Women’s Kemper Open, 1994 LPGA Palm Beach Classic and the 1995 Tournament of Champions. She would also win the 1992 Pizza-La LPGA Match Play Championship during a career in which she had 44 top-10 finishes and earned more than $3.3 million in prize money.

Internationally, she represented Canada on the 1983 Canadian Commonwealth Team and at the 2005 World Cup. She also competed in the Handa Cup (representing the world team) on eight occasions (2006-2012, 2014).

She also joined with fellow Canadian Golf Hall of Famer Dave Barr in winning the Canadian Airlines International Mixed Team Championship in 1989 and 1990.

“Dawn was a great competitor and role model for over 25 years on the LPGA Tour. Her happy and positive attitude towards life will be missed by all that knew her.”

“On behalf of the entire golf community we are deeply saddened by the passing of Dawn Coe-Jones. Dawn was a tenacious competitor, a mentor and friend to so many of her peers and a proud ambassador for Canadian golf throughout her distinguished career. As we mourn her passing and send our most sincere condolences to family and friends, the golf and sport community come together in celebrating her outstanding legacy.”

A celebration of life service will be held on Saturday, November 19 in Tampa, FL.

NOTE TO MEDIA – photos of Dawn Coe-Joes are available to download here.