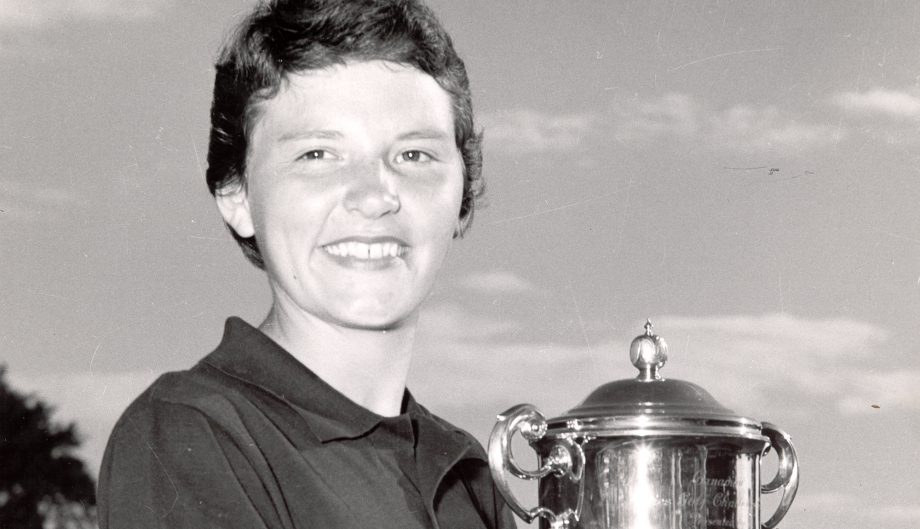 It is with great sadness that Golf Canada, Alberta Golf, the Canadian Golf Hall of Fame and the entire golf community mourns the peaceful passing of Betty Stanhope-Cole who passed away on January 27, 2017 at the age of 79, after a brief battle with cancer.

Born on September 21, 1937 in Calgary, she is survived by her son Rob and daughter Jackie (Hiebert), along with four grandchildren (Brian, Tyler, Talia and Tanner).

Stanhope-Cole also competed on 29 interprovincial teams (25 for Alberta, two for Ontario and two for Saskatchewan) in addition to winning the Saskatchewan Ladies’ Championship in 1966. Her career was capped off by winning the 1957 Canadian Women’s Amateur Championship, a win she noted as being her biggest golfing achievement.

Her impact on the game was also felt at the administrative level, as National Director of Rules and Handicap from 1980 to 1983 with the former Canadian Ladies Golf Association. She also spent 10 years working with the Alberta Golf Association (now Alberta Golf) serving as Player Development Director, Rules Director, Zone Chair and as a member of the association’s Tournament Committee.

A celebration of life will be held at Highlands Golf Club on February 13, 2017. In lieu of flowers, donations may be made to the Alberta Kidney Foundation.

“Betty came from a tremendous era for female golfers. Even though she was born out west, she played across the country and won championships in Saskatchewan and Ontario. She had a great long game and represented Canada well.”

Photos of Betty Stanhope-Cole are available for download here.